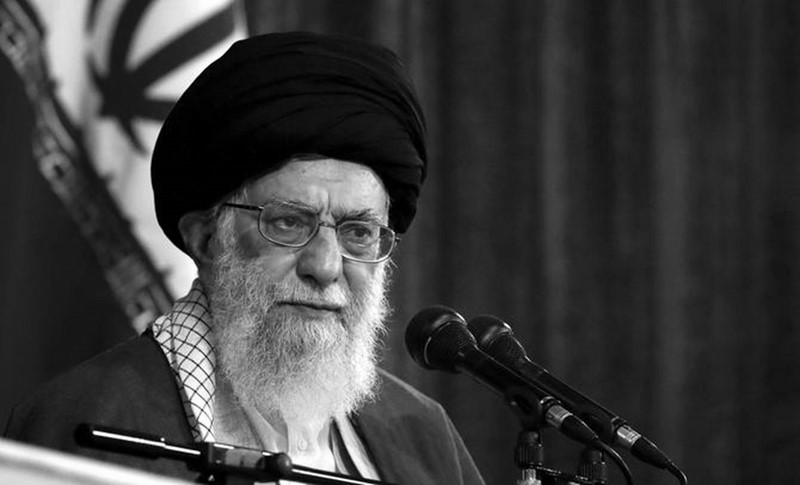 The Iranian regime holds parliamentary elections (Majlis) on 21 February 2020. Yet this jumbled appearance of a representative government can deceive the western eye. The clerical regime has a contradictory nature, uncharacteristic of any theocracy that has ruled before it: seemingly holding elections while effectively preserving a monopoly of power through the “supreme leader”. That institution represents the essence of its undemocratic nature.

Since the 1940s, decades before the advent of the group Islamic State (ISIS/ISIL) and other extremist terrorist groups, Khomeini had openly advocated the establishment of an Islamic caliphate that extended beyond Iran’s recognized borders.

The mullahs crafted a constitution that included “elections” and hazy visages of a republic, but they robbed these institutions of any major practical influence. Today, these outwardly democratic institutions are checked by a shadow system of clergy-dominated institutions.

The main avenue for the Iranian populace to express itself politically is through protests and uprisings, which are brutally suppressed by the regime. As what happened during November 2019 nationwide protests were 1500 protesters were killed by the Revolutionary Guard (IRGC) forces and its Quds Force.

Central to any election in Iran is a managing and supervisory body called the Guardian Council (Shora-ye Negahban), whose members are vetted by, and subservient to, the supreme leader. According to the constitution, all candidates in all elections in Iran must be vetted and approved by the Guardian Council (under the auspices of the supreme leader). The Guardian Council routinely disqualifies most candidates who run for office – even within the already narrow confines of the theocracy. In 2009, for instance, out of the 476 candidates for presidency, many of whom were and still are loyal regime officials, only four were allowed to run.

Elections in such a system, where an unelected leader picks the candidates and says “now choose,” cannot escape a thick and palpable air of illegitimacy.

The Guardian Council officially began work on July 16, 1980. Since then, it has fulfilled its two main responsibilities:  reviewing parliamentary bills to determine inconsistencies with Sharia law and the regime’s constitution, and vetting and supervising elections in the theocratic system.

Spiritual and Practical Allegiance to the Supreme Leader

Importantly, all candidates who stand for elections must demonstrate “spiritual and practical allegiance” to the supreme leader and the theocratic regime (velayat-e faqih).

Much like other dictatorships, in practice, the regime has not relied on “elections” as a genuine conduit for the free expression of public sentiment. Rather, it has exploited elections as a means to legitimize its own illegitimate hold on power. Voting is mandatory for many state employees and elections are routinely marred by accusations of widespread fraud and irregularities.

A cursory review of the Iranian regime’s constitution itself can shed some light on the true characteristics of elections within the regime:

– Article 91: “With a view to safeguarding the Islamic ordinances and the Constitution, in order to examine the compatibility of the legislation passed by the Islamic Consultative Assembly [Parliament] with Islam, a council to be known as the Guardian Council is to be constituted. …”

– Article 93: “The Islamic Consultative Assembly [Parliament] does not hold any legal status if there is no Guardian Council in existence. …”

– Article 99: “The Guardian Council has the responsibility of supervising the elections of the Assembly of Experts for Leadership, the President of the Republic, the Islamic Consultative Assembly, and the direct recourse to popular opinion and referenda.”

Such self-made state organs have seen their authority expanded over the past 37 years, preserving the supreme leader’s power alongside the Islamic Revolutionary Guard Corps (IRGC) against the will of the Iranian people. According to a fatwa or a religious decree issued by the regime’s previous supreme leader Khomeini, “the system’s preservation trumps all other duties,” and anything that the regime does or refrains from doing can be viewed in this context.

It can be clearly seen, then, that the velayat-e faqih dictatorship in Iran, in addition to the specific articles of the constitution solidifying the authority of the supreme leader against the popular will, has in practice created its own unique organs and institutions like the Assembly of Experts, the Guardian Council and the Exigency Council to bolster and preserve the role of the supreme leader in the regime.

Following the 2009 uprisings, the IRGC’s Intelligence Organization was formed with the intent of suppressing any and all popular uprisings. Its head is mullah Hossein Taib.

The organization is comprised of 10 departments, four of which are the primary bodies: intelligence gathering, political office, social office, and security office. The intelligence-gathering arm has an extensive network of spies and agents organized by the Bassij Force. They gather information from all social sectors and branches, including universities, government institutions, manufacturing plants, mosques and various city districts. This department then communicates the intelligence it has gathered on the ground to the other three primary departments (political, social and security).

The political department, which has an active relationship during elections with the Guardian Council’s supervisory office, is itself divided into the three branches of “political parties,” “universities,” and regime “officials and managers.”

The “political parties” branch is active in the surveillance of all parties, including those tied to the Khamenei faction, “reformists,” other groups and non-governmental organizations (NGOs).

The regime’s array of security and intelligence organizations, including the IRGC, play a significant role in covering election costs, including campaign ads, vote-buying, paying their own agents, perks, financial incentives and other measures. The majority of election costs for the regime’s internal factions are paid out of profits from drug smuggling, theft, and skimming.

Statistics on the participation of women in the regime’s parliamentary elections clearly unmask the misogynist nature of the theocracy. Under the clerical regime’s constitution, women are not allowed to run for president and are barred from becoming judges, not to mention not even having freedom of choice when it comes to choosing their own clothing. In a word, women in Iran are legally considered second-class citizens. It is little wonder that young women demanding gender equality have led many social protests and national uprisings, like the 2009 uprising.

Continuation of Protests in Iran – What Do the People Want?