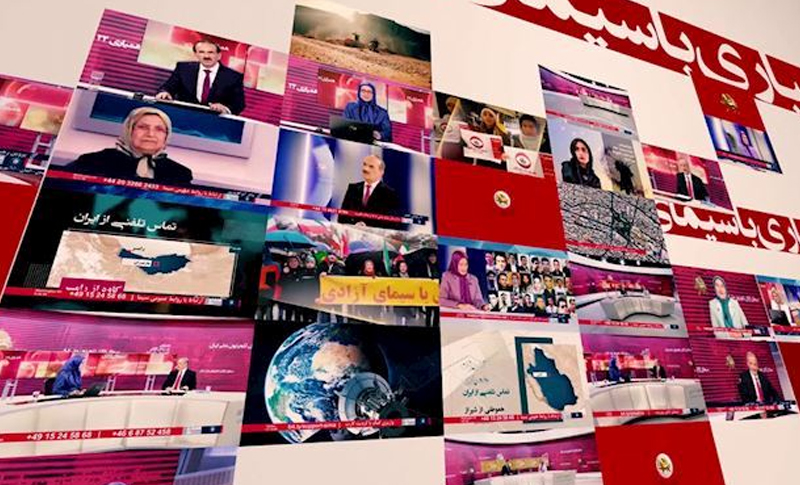 The telethon was live on air for over five days. Over 100 lines were available for people to announce their support. Also on social media platforms such as Telegram, Iranians from inside Iran, were rushing to support the INTV and the Iranian Resistance by any possible ways.

The total amount of financial support provided reached $6.92 million. This shows once again the independence of the Iranian Resistance and massive support of the Iranian people for the MEK that has continued the struggle for freedom and democracy for the past 40 years.

The most significant characteristic of the 24th INTV telethon was the outpour of support of the Iranian people for the nationwide uprising and the role of the MEK Resistance Units in encouraging the people in their struggle against the mullahs’ regime.

Iranians across the globe pledged their allegiance with their compatriots inside Iran, especially the families of over 1,500 civilians killed by the ruthless mullahs’ regime during the November uprising.

Also some distinguished personalities expressed their support for the MEK struggle and the INTV work. The first U.S secretary for Homeland Security, Governor Tom Ridge, and Senator Robert Torricelli, both supported the INTV’s work for creating a network with Iranians inside Iran.

This 24th INTV telethon was also a strong indication of teamwork by MEK supporters and Iranians yearning for freedom and democracy in Iran. This five-day campaign proved once again that no force is capable of stopping a nation devoted to realizing freedom and democracy.

The MEK expressed on his website, its utter gratitude for the support shown by millions of Iranians inside the country and abroad, and once again expresses its absolute dedication to continue the relentless struggle aimed at establishing freedom, democracy, human rights and equality for the proud people of Iran.

Maryam Rajavi, president-elect National Council of Resistance of Iran (NCRI), issued a message emphasizing on how dear Iranians across the globe welcomed this 24th INTV telethon and expressed their support for the overthrow of the mullahs’ regime. “This is a strong indication of national solidarity and how Iranians yearn for freedom, and their admiration for the PMOI/MEK and the network of Resistance Units inside Iran, Mrs. Rajavi added.