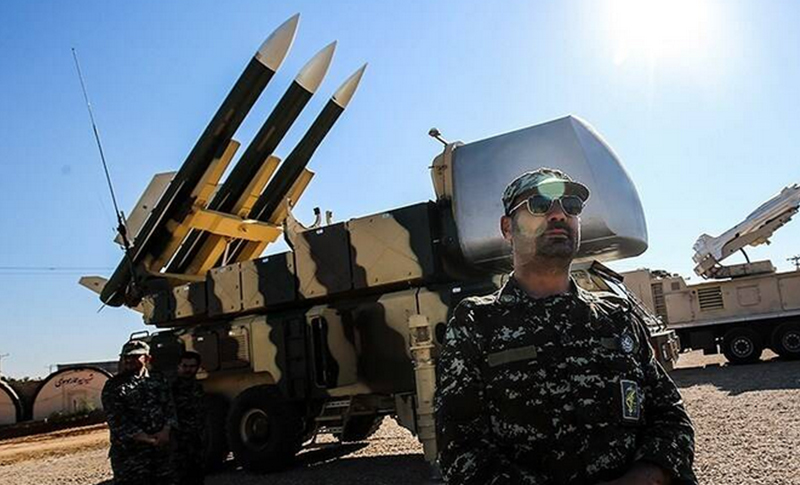 How many Iranian weapons are stored in Iraq and Syria?

For what purpose is the IRGC missile stockpiled in Iraq and Syria?

What is the plan of the Iranian regime?

Recently Satellite photos show Iran is building tunnels in Syria to store missiles. The tunnel is being dug at the Imam Ali base near the Iraqi border.

Photos published Tuesday show that construction of an underground storage tunnel for missiles is underway at Imam Ali base a Shiite militia based in northeastern Syria that was built by IRGC.

These tunnels and ammunition depots indicate that the IRGC will seek to disrupt the security of the region.

Shiite militias in Iraq affiliated with the Revolutionary Guards known as the Popular Mobilization Forces (PMF) have been well equipped and armed by Iran. They also recently launched rocket attacks on US bases on Iraqi soil. An August 2018 report revealed that Iran had transferred a few dozen short-range ballistic missiles to PMF.

Since September 2018, PMF militants have fired over 30 rockets at U.S. facilities in Iraq, including the U.S. embassy in Baghdad, the consulate in Basra, and military training facilities in Taji, Mosul, and Nineveh. last night 15 Katyusha rockets hit Qayyarah Military Airport in northern Iraq that houses US troops and wounded 3 Iraqi Air Force soldiers, Security officials told in Mosul.

A senior U.S. military official said on Wednesday attacks by Iranian-backed groups on bases hosting U.S. forces in Iraq were gathering pace and becoming more sophisticated, pushing all sides closer to an uncontrollable escalation. The military official said Iranian-armed militias were approaching a red line where the coalition would respond with force, and “no one will like the outcome”.

Iran’s weapons and ammunition in Iraq and the IRGC missiles seem to have triggered a new security crisis in Iraq.