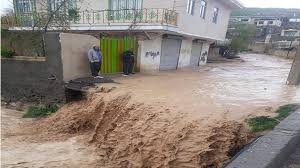 Heavy rain has been affecting south-west Iran since 24 February, triggering widespread floods across Lorestan and Khuzestan provinces. According to UN OCHA, more than 320 people were displaced, while approximately 24,000 people from Nurabad, Memulan, and Poldakhtar cities (Lorestan Province) are affected. About 617 km of roads and 332 bridges have been damaged in Lorestan, leaving more than 58 villages isolated. There are concern regarding the risk of waterborne diseases, disruption to schooling, and livelihoods, especially with the ongoing Coronavirus and desert locust outbreaks.

Floods triggered by heavy rain continue to affect Iran’s southern provinces, causing buildings and infrastructure damage, the death toll stands at 4. According to the latest UN OCHA report, since late February, 19 provinces have been affected by floods. Hundreds of people were evacuated in Kerman Province, at least 7,000 others have been affected, and more than 10,000 hectares of farmland were flooded. Across the south provinces, around 130 villages remain isolated due to the closure of access roads. In Iranshahr, 11 bridges were destroyed and the road to Bam City is blocked. 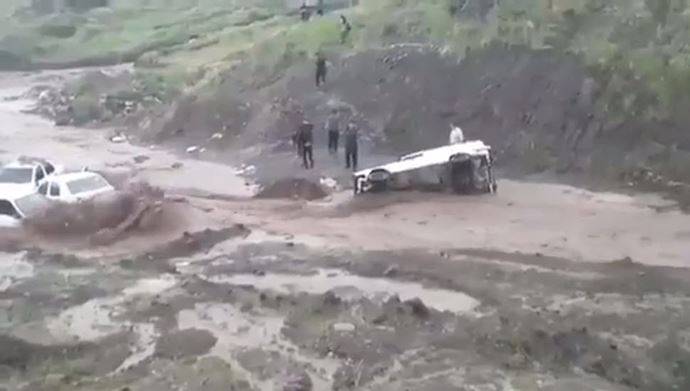 As of 28 April, heavy rains continue to inflict damage to large areas in 18 of 31 provinces.

Torrential rain has caused havoc in the northeastern province of Razavi Khorasan in Iran. The rain has been pouring down off and on for weeks now but has intensified further in the last few days, flooding roads throughout the province. It wasn’t just the rain, according to the official weather forecasting service, as there have been strong winds and hail as well.

The head of the Road Tolls Department, Ibrahim Nasiri, said that many of the roads connecting several villages near Kalat were all closed due to the heavy rain. Water levels were rising in the northwestern part of the province and made conditions very slippery on the roads between Mashhad, Kalat, Sabzevar, Khoshab, and Dargaz.

Kerman City’s governor, Ali Bababie, expressed his concern about the rain and rising water levels in and around the city. The Seyedi Bridge is just one of the parts of the city where the floods are affecting. Driving in these conditions has become more difficult and dangerous. In the Chatroud area, a vehicle hit a power pole, causing power to three villages in the area to be cut off.

The wet conditions with heavy rain, sudden strong winds, and lightning look as if they are going to extend into the middle of next week at least.