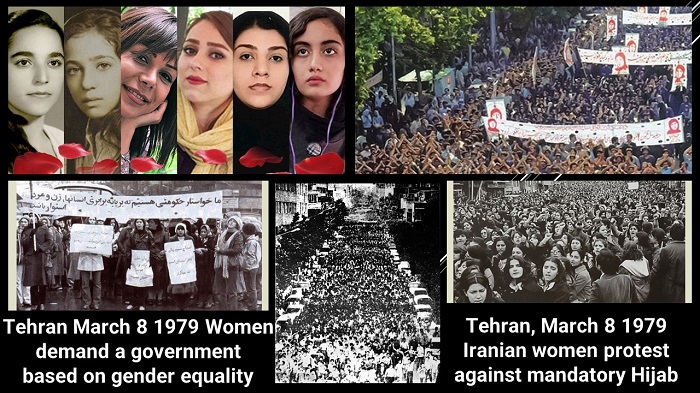 In 1981, the Iranian people began their fight for freedom and democracy on June 20. Iran’s women are and have been at the forefront of the country’s resistance to the mullahs’ religious rule.

Since the Shah’s time until now, Generation Equality has played a vital part in the Iranian people’s resistance to freedom.

Women who gave their life and freedom to the movement in the 1970s, paving the path for widespread participation by women. Then, in the 1980s, a new generation of women emerged, whose sacrifices and unyielding resistance shook the mullahs’ misogynous system to its foundations.

The world subsequently witnessed the next generations of courageous Iranian women and girls who followed in their footsteps during the uprisings in 1999, 2009, 2017, 2018, 2019, and 2020. Generation equality will continue to tread this path until the mullahs’ misogynous tyranny is overthrown and true freedom is restored in Iran.

Women and girls joined opposition organizations, primarily The People’s Mojahedin of Iran (PMOI/MEK), prior to June 20, 1981, and actively participated in resistance for freedom and efforts to stop the new regime’s oppressive actions.

The Muslim Mothers’ Society, which backed the opposition (PMOI / MEK Iran), mounted a protest on April 27, 1981, in response to their children being tortured and killed. This protest gathering drew almost 200,000 women.

Their overwhelming presence took the mullahs off guard and had a significant impact on events during that pivotal moment in Iranian history.

On June 20, 1981, a historic march for independence by half a million Tehran citizens marked a turning point in the Iranian people’s struggle for liberation.

Khomeini’s revolutionary guards opened fire on the nonviolent protesters on that day. The clerical regime launched its slaughter of opponents after repressing a peaceful demonstration and ironically, the first victims were female students between the ages of 16 and 17, who had not even given the government their names.

Never before in history has a dictator started a genocide by distributing images of nameless young ladies who had been executed.

A total of 120,000 people are estimated to have died as a direct result of the clerical regime’s political executions, with women accounting for one-third of the dead. As a result, the data in question are only a small and partial component of the whole picture.

Iranian heroines who fulfilled their responsibilities to their people, country, and history with maximum courage are honored on the anniversary of June 20, a defining moment in Iranian history. Future generations will have a greater voice in terms of their role and values.