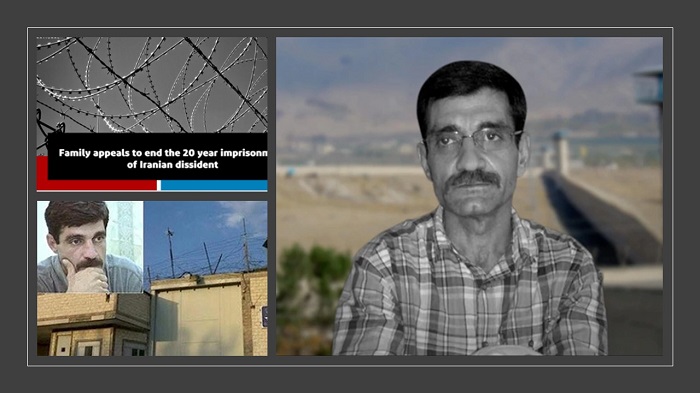 The family of an Iranian dissident who has been imprisoned for 20 years in Iran without ever being granted even 1 day of leave is now seeking international help to get parole from a life sentence that was imposed on him for supporting an exiled opposition group, the National Council of Resistance of Iran’s (NCRI), and the People’s Mojahedin Organization of Iran (PMOI / MEK Iran).

Saeed Masouri, who is now in his mid-50s, has been in an Iranian prison since Jan 8th, 2001, just because he was a supporter of the People’s Mujahedeen of Iran (PMOI / MEK Iran). This organization is led by the France-based activist, Maryam Rajavi, who argues that Iran’s ruling Islamic regime be overthrown so that a secular democratic government can replace it.

Family of #Iran Dissident Jailed Since 2001 Appeals for Help to Secure Parole: Saeed Masouri, who is in his mid-50s, has been imprisoned in Iran since Jan. 8, 2001, for being a supporter of #MEK. The group is led by #MaryamRajavi advocates overthrow regime https://t.co/Tl9FK8wV5n pic.twitter.com/U2dnGpY7Sg

Vahid Masouri, who is his brother, lives in Canada and told VOA Persian in an interview that took place on Wednesday that the jailed dissident never committed any crime and has been in jail for 20 years without being allowed any contact with his family or released for medical purposes. He said Saeed has been inflicted with several physical problems while in detention, including agonizing toothache and back pain, but has never been allowed any medical treatment.

When family members took the matter of Saeed to court, Vahid said they were told to tell Saeed to stop publishing letters about the poor living conditions of the inmates in prison. Court officials also told family members that Saeed may even be given a new sentence if he remained outspoken.

Vahid Masouri said Saeed had joined the (PMOI / MEK Iran) in the 1980s after spending a period studying in Norway. He was arrested and imprisoned in 2001. His family was never told about the reason for the arrest. He actually spent the first 13 months in a prison in Ahvaz in solitary confinement.  Later in May 2002, following just a 10-minute trial, he was sentenced to death because of his association with the (PMOI / MEK Iran). The regime believed this was harming national security. He was immediately transferred to Evin prison.

The family members wrote to international human rights organizations requesting help, so in 2007 Saeed was sentenced to life imprisonment. Saeed was transferred from Evin to Rajaei Shahr prison in the nearby city of Karaj in 2009.

Saeed Masouri has written and signed numerous letters highlighting the poor conditions in Iran’s prisons, including a letter he shared with Iran’s Human Rights Activist News Agency just last week. In that letter which was published online Masouri paid tribute to fellow inmates who were later executed.

Masouri also in 2016 wrote a letter to the U.N. Human Rights Council in Geneva to raise the alarm about what he said were threats to the lives of prisoners at Rajaei Shahr. The (PMOI / MEK Iran) published his letter on its website.

The dissident’s brother said he hopes that more prisoners will not face the death penalty due to the pressure that all the family has put on the regime to get his death sentence commuted.

The abridged version of an article written by Michael Lipin and Ramin Haghjoo for the Voice of America Iran News.