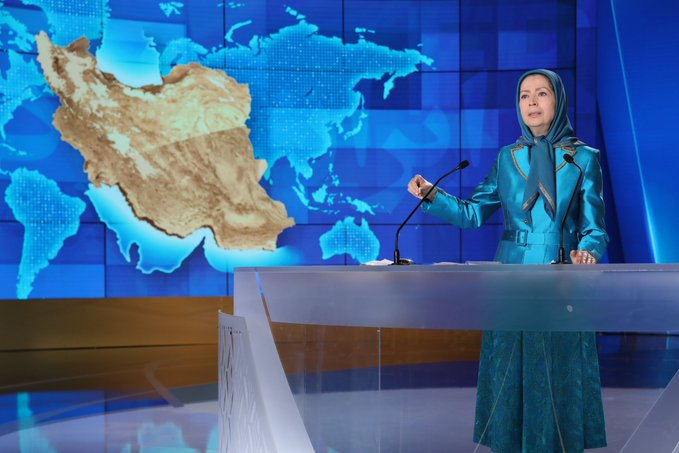 The National Council of Resistance of Iran (NCRI) hosted the world’s largest-ever online event, the “Free Iran World Summit 2021,” on July 10 and 11. On Saturday and Sunday, almost a thousand political leaders, including 250 politicians from both sides of the Atlantic, attended the conference.

Ashraf 3, the Iranian opposition’s base in Albania, was linked to almost 50,000 places. Hundreds of in-person rallies were held in Germany, France, and the United Kingdom, despite the fact that the event was held online.

The Free Iran World Summit was widely reported by dozens of international media sites. They emphasized the attendance of high-profile politicians at the event, such as Secretary Mike Pompeo, the former US Secretary of State, and Honorable Janez Jana, Slovenia’s Prime Minister.

Supporters of Iran’s exiled opposition marched in Berlin and abroad on Saturday to demand that Ebrahim Raisi, the Islamic Republic’s newly elected president, be prosecuted for crimes against humanity, according to the outlet.

According to Fox News, Pompeo stated that the Iranian people have a strong desire for democracy, which the US should support, but cautioned against pouring cash at the current leadership in Tehran.

Pompeo was one of the numerous nonpartisan speakers at the National Council of Resistance of Iran’s (NCRI) “Free World Summit” on Saturday, where the former US Secretary of State under former ex-president Donald Trump warned against financial incentives in current nuclear discussions. He claimed that the recent election of hard-line Iranian President Ebrahim Raisi is the latest proof that Tehran is willing to utilize any foreign money to “inflict terror” on its own people and on the Middle East.

Pompeo’s encouragement to keep fighting for their freedom was echoed by Fox News. He urged Iranian dissidents to “keep up the fight” against the hard-line regime in Tehran on Saturday, as a key dissident group gathered for a summit to reaffirm calls for a secular and democratic Iran.

According to Fox News, Pompeo addressed attendees at the NCRI’s meeting. “We must continue to support the Iranian people as they fight for a freer and more democratic Iran in any way that we can.” “American civil society has a lot of good work to do to help achieve this goal. Keep fighting, it is work that your organization is actively engaged in.”

Alternatively, the Iranian government has expressed displeasure with senior European and American politicians attending a rally in support of an opposition group that has long sought to overthrow Iran’s theocratic rulers and was once regarded as a terrorist organization by the West, according to the Associated Press.

The Free Iran World Summit 2021 has become a stage for Iran’s previously unheard voices. The world community now has the opportunity to support and join the people in overthrowing the dictatorship and putting an end to the dictatorial tyranny for good.