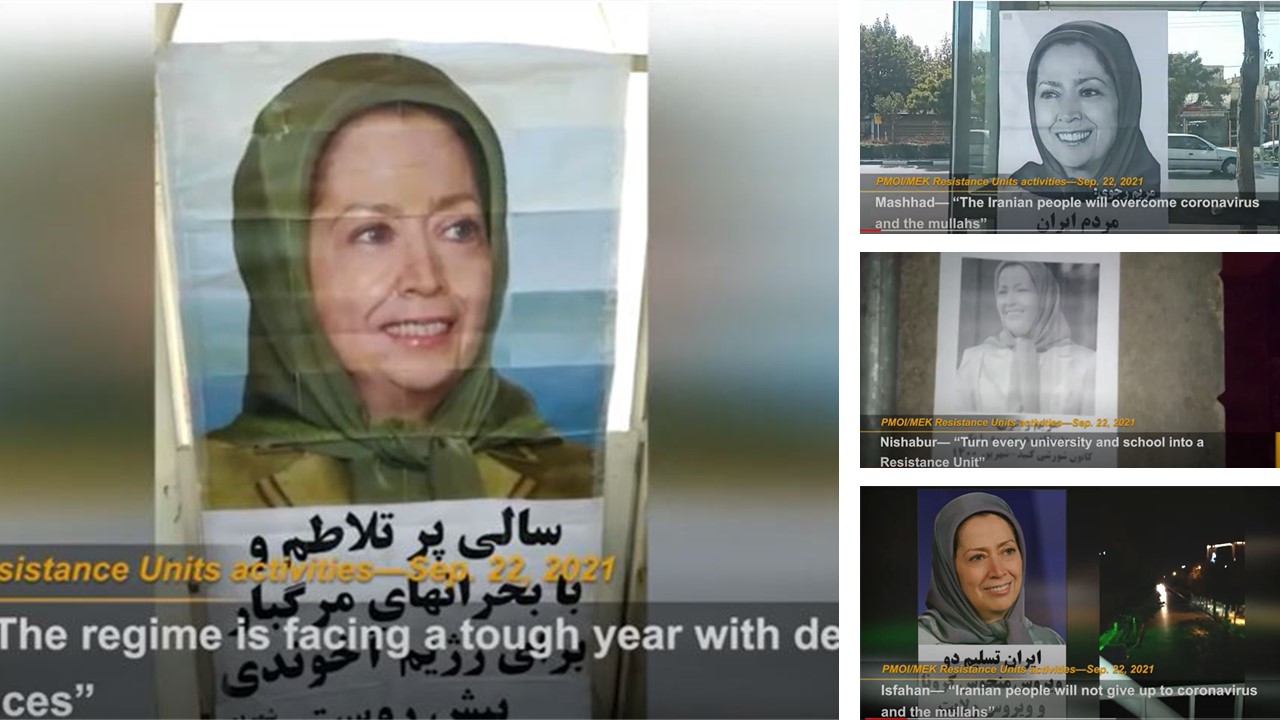 The National Council of Resistance of Iran (NCRI), and the People’s Mujahedin of Iran (PMOI / MEK Iran), reported that the Resistance Units and supporters of the Mojahedin-e Khalq (MEK / PMOI) called for protests and uprisings to achieve freedom and democracy in Iran by posting banners and placards and writing graffiti.

Call on students to rise up for freedom and democracy

These activities took place despite the state of full alert by the regime’s security forces. Simultaneous with the reopening of schools in Iran, the Resistance Units and supporters of the Mujahedin-e Khalq (MEK Iran / PMOI) called on students to rise up for freedom and democracy in Iran and to liberate the country from the clerical dictatorship by posting banners and placards and writing graffiti.

These activities took place across Iran

“Maryam Rajavi: The lesson of freedom is the main lesson for the youth of Iran,”

“Maryam Rajavi: The burning desire of the rebellious youth for freedom and regime change cannot be extinguished,”

“Maryam Rajavi: In the battle of destiny, we will prevail against the Velayat-e Faqih’s tyranny,”

“Maryam Rajavi: Rising up and protesting is the way to remember the memory of 1,500 martyrs of the November 2019 uprising,”

“Massoud Rajavi: One should not surrender to the spell of COVID-19 (created as a result of the regime’s policy of mass casualties). We must rise up and protest against the regime at any cost,”

“Massoud Rajavi: The MEK is completely devoted to the liberation of its homeland,” “Down with Khamenei, hail to Rajavi,”

Down with Khamenei, Raisi

“Down with the oppressor, be it the king or the leader (Khamenei),”

“Down with Khamenei, Raisi, hail to Rajavi,”

“Death to the principle of Velayat-e-Faqih, death to Raisi, henchman of the 1988 massacre.”

Mrs. Maryam Rajavi the President-elect of the National Council of Resistance of Iran’s (NCRI): “I send my greetings to you at the start of the new academic year.

The first lesson in any school and university must be freedom and rising up to achieve it. It is a lesson and a book that successive generations of Iranian youth and teenagers have been writing and learning since the 1906 Constitutional Revolution.

Until the day the Iranian people pass the great nationwide test of overthrowing the religious dictatorship and achieve freedom,”.