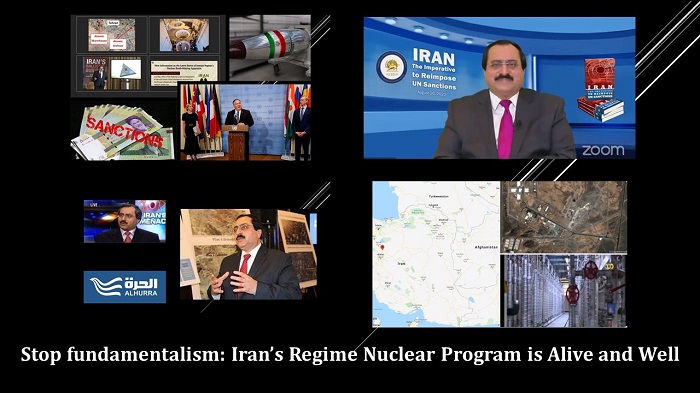 The Associated Press (AP) recently reported that the Iranian regime had started to construct a site at Fordo, in Iran, of an underground nuclear facility. It is not too far from either the holy city of Qom or Tehran.  There has been no public announcement of this and no one is sure why the building is taking place. According to AP, Iran is also building at its Natanz nuclear facility after an unidentified explosion in July that Tehran said was an act of sabotage.

BREAKING: Satellite photos obtained by the AP show Iran building at its underground Fordo nuclear site amid tensions with the US. https://t.co/2Fk7IKR7nU

The Iranian regime has told the United Nations that none of its nuclear activities are kept secret, even though the Iranian President, Hassan Rouhani, openly admitted to the regime’s secrecy when participating in nuclear negotiations.

Back in 2011, Rouhani wrote in his book the following words “While we were talking with the Europeans in Tehran, we were installing equipment in parts of the facility in Isfahan. In fact, by creating a calm environment, we were able to complete the work in Isfahan.” The name of the book is “National Security and Nuclear Diplomacy.”

In a January interview by Iran’s TV Channel 4, which is state-run, the head of Iran’s Atomic Energy Organization (IAEA), Ali-Akbar Salehi, announced that the regime failed to tell the truth to foreign nuclear negotiators and watchdogs regarding the Arak heavy water facility.

Salehi wasn’t afraid to admit that even though they poured cement into the Arak reactor’s tubes as ordered by the IAEA, they had extra tubes which they could use instead.

Throughout all this time Tehran never voluntarily reported any activity at any location. But what they did do was restrict the UN nuclear watchdog from inspecting any suspected sites. In addition, in November, when the International Atomic Energy Agency (IAEA) Director-General, Rafael Grossi, revealed that Iran had breached its nuclear responsibilities, members of the Parliament (Majlis) called for the immediate expulsion of inspectors.

Grossi’s November 18th report stated that Iran had violated the 2015 nuclear deal, which was then known as the Joint Comprehensive Plan of Action (JCPOA), by enriching uranium up to 4.5% and accumulating more than 10 times what was allowed according to the deal.

The NCRI and (PMOI / MEK Iran), said that “in 1981, the mullahs’ regime made a decision to chart a path to obtain nuclear weapons and the associated technology. Mohammad Hossein Beheshti—one of the closest clerical confidants of the regime’s founder Ruhollah Khomeini—told the country’s nuclear research managers in 1981 that Iran’s policy is to obtain a nuclear weapon.”