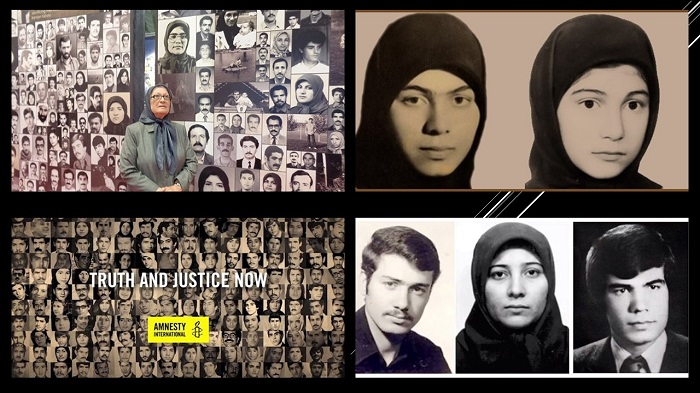 During the summer of 1988, the then-Supreme Leader of Iran issued a fatwa ordering the execution of political prisoners. So-called “death commissions” were set up and more than 30,000 political prisoners most of them members or supporters of the People’s Mojahedin Organization of Iran (PMOI / MEK Iran) were subsequently executed.

The Iranian Resistance NCRI and MEK has also been campaigning for justice – not just for the victims, but also for the families who are still being harassed and intimidated by the Iranian authorities.

The Women’s Committee of the National Council of Resistance of Iran has published a series of conversations regarding the incident. In the second part of the series published on its website, the Women’s Committee highlighted the stories of two sisters, Farahnaz and Fariba Ahmadi, who was executed during the 1988 Massacre.

The two sisters, aged just 20 and 22, became involved with the People’s Mojahedin Organization of Iran (PMOI / MEK Iran) after the 1979 Revolution. They were very active with the Resistance movement and have been described as courageous, lively, and resistant. They were arrested at the age of 17 and 19 respectively and were eventually sentenced to 12 and 15 years imprisonment.

Two sisters executed together in the #1988Massacre

The two sisters, despite the terrifying and dangerous conditions in jail in Iran, saw their time in prison as “a new battlefield to hold their ground against the ruling misogynistic regime”. They did not give in to the authorities that made their time in prison extremely difficult. Instead, the Women’s Committee highlighted that the Ahmadi sisters gave hope to their compatriots in the same situation.

They were very popular with prisoners, really loved by their fellow inmates on whom they left a lasting impression. Fariba was described as “the sun of the prison” and her sister was described as a brave fighter that never gave in to the guards. For this reason, she was often put into solitary confinement.

It is believed that the sisters, along with many other female political prisoners, were hunger striking before the start of the 1988 Massacre, meaning that they were not allowed, visitors.

The two sisters were killed, along with other inmates, by a firing squad in the Prison of Dastgerd in Isfahan. The family was not allowed to hold a mourning ceremony for them and the family has been intimidated and harassed by the regime for drawing attention to the incident.

In 1988, Iran's authorities forcibly disappeared and secretly executed thousands of political dissidents. For more than 30 years, their families have not know when, how and why their loved ones were killed They seek #truthandjusticenow for these crimes against humanity. pic.twitter.com/DWzetNLzUR

There are many such stories that are an inspiration to the new generation of freedom fighters in Iran. It is a reminder that the regime has tried so hard – and failed – to quash the opposition.