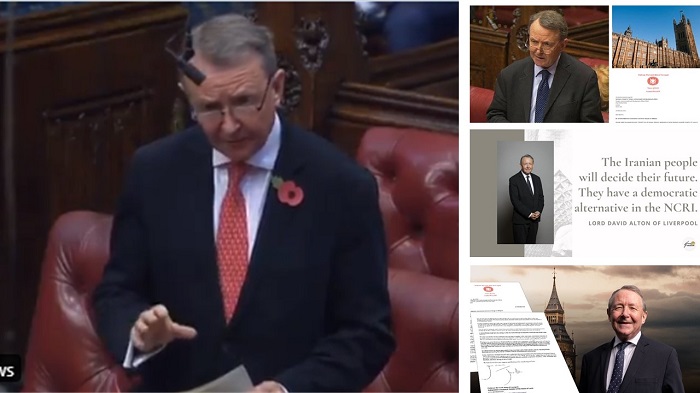 The Lord Alton of Liverpool, a British politician, has written a letter to the British Foreign Secretary Dominic Raab, calling him to hold the Iranian regime responsible for its acts of state-sponsored terrorism. His letter comes just after the conviction of Assadollah Assadi, the Iranian regime’s terrorist diplomat that was the mastermind of a plot to bomb a gathering held by the regime’s opposition in June 2018 just outside Paris.

In his letter, Lord Alton emphasised that the investigation into the plot shows “beyond any doubt that this was an act of state terrorism by the regime in Iran against the country’s organised pro-democracy opposition, The National Council of Resistance of Iran (NCRI), and the People’s Mujahedin of Iran (PMOI / MEK Iran), by targeting their conference, leader and supporters on European soil”.

Furthermore, the diplomat used his diplomatic credentials to take the bomb from Iran to Europe on a commercial flight, proceeding to transport it across Europe. This, Lord Alton emphasised, is something that cannot be overlooked – a diplomat taking advantage of his credentials to “plan, facilitate and carry out this terrorist bombing that could have led to a bloodbath and killed many”.

Lord Alton also drew the foreign secretary’s attention to the fact that the event that was targeted was attended by large numbers of people – both civilians and prominent political figures. He said that some of his colleagues in the House of Commons were in attendance.

It was made clear during the investigation that high-level regime officials were involved with and aware of the plot. Lord Alton said that Iran’s Foreign Minister Javad Zarif is in charge of “the mission and conducts of the Iranian diplomats abroad”, explaining that he must be held responsible for the criminal conduct in this plot. He also emphasised that Assadi was not an alone agent, rather he was working on the orders of Tehran. Lord Alton said that Iranian President Hassan Rouhani and Supreme Leader Ali Khamenei must be held responsible.

In his letter, Lord Alton said that the Foreign Secretary must “surely agree that this behaviour and conduct by the regime is totally unacceptable and deserves a firm and immediate response in order to discourage any such future attacks”. To this effect, he said that the UK and its allies in the European Union have not spoken out.

Furthermore, European leaders are even inviting Iran’s foreign minister to speak at an Online Economic Forum next month – something Lord Alton describes as “highly irresponsible” because it is sending “the wrong signals to Tehran and sets a very dangerous precedent by rewarding the regime’s criminal behaviour”.

He called on the UK government to downgrade diplomatic relations with Iran until it can provide “verifiable proof that it has stopped its state terrorism and terrorist activities”. Lord Alton also advised the UK government to adopt a firmer approach if Tehran refuses to put an end to its malign behaviour, saying that expelling its diplomats and closing the Iranian Embassy would be concrete steps.