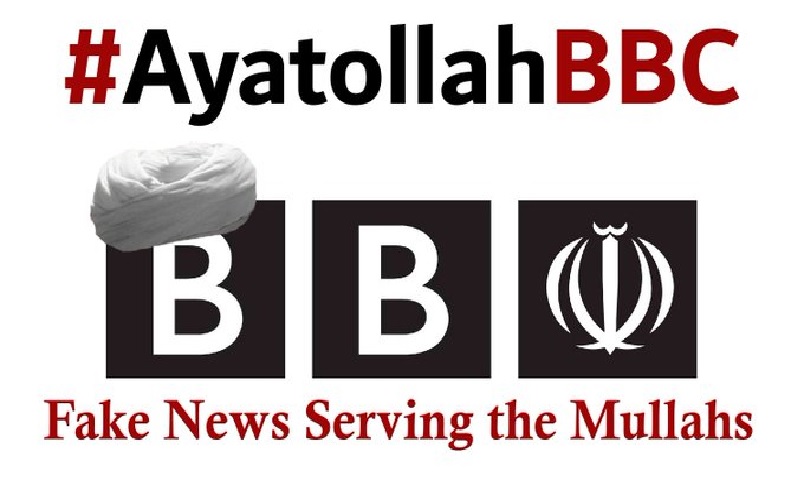 Iranians around the world have been very concerned about the BBC news outlet’s biased reporting. On Thursday 7th November, the BBC World Service broadcast a report regarding the People’s Mojahedin Organization of Iran (PMOI, Mujahedin-e Khalq or MEK). The report was full of false allegations and claims that have long been refuted. The MEK – the main opposition to the Iranian regime and the organization that has been working towards freedom, peace and democracy in Iran – was slated by the BBC.

This sparked much anger, especially on the part of MEK members and MEK supporters both inside Iran and around the world. The Security and Counter-Terrorism Committee of the National Council of Resistance of Iran (NCRI) immediately responded to the report on the MEK and clarified points and highlighted errors and mistruths that the BBC broadcast.

Former Minister of the Intelligence Ministry Ali Fallahian had previously revealed the role of the BBC #Ayatollahbbc pic.twitter.com/TSFdyKOarj

A few days later, the Persian and English-language websites of the BBC posted an updated version of the controversial report, but it is clear that the Iranian regime’s media outlets were heavily involved. It is deeply concerning that such a supposedly reputable news outlet is acting as a mouthpiece for the Iranian regime.

@HanifJazayeri This is not a surprise. It has become endemic. BBC did exactly the same thing in 2003, 2006, and 2011. They have a habit of rushing to the aid of the mullahs when they are on the ropes and when the Resistance is on the ascent. @iran_policy https://t.co/lytU6NJ8S0

The BBC gave airtime to agents of the Iranian regime’s intelligence agency that has been plotting against the MEK for years. The agents of the Ministry of Intelligence and Security (MOIS) were known to the MEK as deceptive characters working for the regime’s malign interests. On the airtime they were given by the BBC, the MOIS agents demonized the PMOI / MEK.

Supporters of the MEK around the world have been using the hashtag #AyatollahBBC on social media to express their anger about the BBC’s biased piece and cruel treatment of the MEK. Earlier this week, the hashtag was trending on Twitter, with more than 20,000 tweets with the hashtag registered during the space of just a couple of hours alone.

Want to get a sense of how the Iranians feel about the Fake News BBC? Just take a look at #ayatollahBBC on twitter for the past hour. Very telling.
Facts are facts and don’t care about your feelings, @BBCWorld , @bbcpersian pic.twitter.com/hcZgVdxDTo

One of the posts on social media was as follows: “#ayatollahbbc Hitler’s propaganda minister Joseph Goebbels: “Tell a lie that’s big enough, and repeat it often enough, and the whole world will believe it.” With its latest drivel against the PMOI/MEK, the BBC has take (sic) a page right of Goebbels’ note book.”

#ayatollahbbc Hitler’s propaganda minister Joseph Goebbels: “Tell a lie that’s big enough, and repeat it often enough, and the whole world will believe it.” With its latest drivel against the PMOI/MEK, the BBC has take a page right of Goebbels’ note book. pic.twitter.com/rvlfq9EKM5

Another twitter user posted a BBC logo with the tagline “Fake News Serving the Mullahs”.

The Iranian regime has seen the PMOI / MEK as a major threat to its existence, ever since the very early days of the Islamic Revolution. Over the years, the regime has tried its hardest to stop the MEK in its tracks and to quash its resistance.