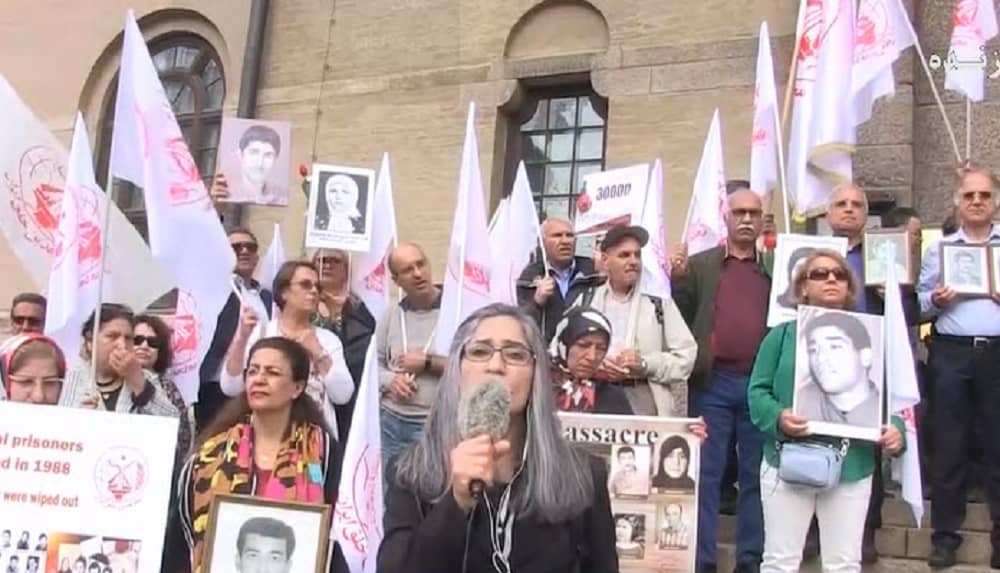 On August 10, supporters of the People’s Mujahedin of Iran (PMOI / MEK Iran), conducted a protest march in Sweden, coinciding with Hamid Noury’s trial. During the 1988 massacre, Noury was one of the regime’s henchmen.

The massacre of 30,000 political prisoners

Nouri is on trial for his role in the massacre of 30,000 political prisoners in Iran, the majority of whom were MEK members and supporters.

Since the regime’s Supreme Leader, Ali Khamenei, appointed Ebrahim Raisi as the regime’s new president, Iranian expatriates and MEK supporters in Europe and the United States have conducted dozens of protests. Raisi, who was sworn in on August 5, was also a key perpetrator in the 1988 massacre.

Iranians in Sweden’s Gothenburg and Malmo conducted protest marches on Sunday, calling the international community to hold Raisi accountable for his role in the 1988 massacre. They carried a big banner demanding justice for the murdered victims.

On Sunday, Iranian ex-pats in Torino, Italy, held a rally asking for Raisi’s arrest. They chanted slogans against Iran’s mass-murdering rulers. They also expressed their support for their rising Iranian compatriots.

Raisi must be prosecuted

They also carried placards that read, “The Iranian People Want Regime Change,” mirroring previous calls for regime change in Iran protests. Iranians in Germany, Italy, and the United States have joined the call for Raisi’s arrest.

The continued demonstrations highlight the Iranian people’s desire that the dictatorship must be held accountable for its actions. The international community should begin by commissioning an official investigation into the massacre of 1988 and holding those responsible to account.

Over 30,000 political prisoners confined in Iranian jails were killed by the Iranian dictatorship in the summer of 1988. The genocide was carried out after the regime’s then-Supreme Leader Ruhollah Khomeini issued a fatwa.

During the recent sham presidential election, Khamenei chose Raisi to consolidate control in his regime.

The Iranian people demonstrated their dissatisfaction with the system by boycotting the sham elections, and in recent rallies in Khuzestan, they reiterated their calls for regime change.

The Western powers should back the Iranian people’s aspiration for democracy while also holding Raisi accountable.