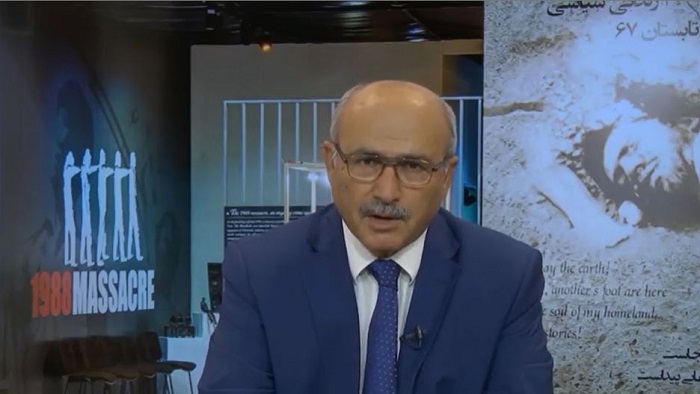 My name is Seyyed Jafar Mir Mohammadi, and I come from Qaemshahr in Mazandaran Province. My martyred brother Seyyed Aqil Mir Mohammadi was among the martyrs of the 1988 massacre.

Several other relatives were martyred by the regime

In addition, several other relatives were martyred by the murderous regime, including two of my closest friends, Hossein-Ali Hajian and Yarali Hajian, who were two brothers, and also my cousin Fatemeh Rahimi, who was killed by the IRGC in April 1981.

And also many of my friends in Qaemshahr, which had many Mojahedin-e-Khalq, MEK supporters, were executed or killed on the streets from 1981 to 1988. One of my brothers was in prison, and while he was 16 or 17 years old, he was imprisoned from 1981 to 1986.

My martyred brother was a student at Tehran University

My martyred brother was a second-year student at Tehran University. He was arrested on March 1, 1982, in his house in Pamenar Street. Later I heard that he was transferred to Evin Prison.

I heard from his friends that were released from prison in 1995 or 1996 and had traveled to Ashraf 1, that Aqil had received a 10-year sentence, and had already served 7 years of his sentence.

But since he was committed to his ideal and remained loyal to his sentence, in 1988, he was executed in Gohardasht Prison in Karaj by the henchmen of the Death Committee, which was appointed by Khomeini.

My family was threatened against holding a ceremony

In November 1988, I learned through my family that Aqil had been executed and that what remained from him was a duffel bag and a watch that was broken during a beating that was delivered to my family, but no corpse and no information about his grave.

My family was threatened against holding a ceremony for him.

In the first visits that my family had with him, they said that Aqil was severely tortured; he was thin and weak, and it was clear from his face that he was severely pressured and subjected to torture.

The 1988 massacre in the course of categorization

During the preparations for the 1988 massacre in the course of categorization of the prisoners, in February 1988, on the basis of testimonies from his cellmates, Aqil was transferred to Gohardasht Prison in Karaj.

As soon as they went there, the weather was cold, they beat the prisoners with cables and batons and other instruments and severely wounded them.

They were transferred to wards 13 and 16 there. After making the preparations, groups that defended and supported the MEK ideals, in several-minute show trials of the Death Committee, one of the main elements of which was Raisi, were sentenced to execution.

While Aqil was serving his 10-year prison sentence and had already served 7 years since Khomeini had decreed that all MEK who remained loyal to its stance and its leadership Massoud Rajavi must be executed.

After being questioned about are you a MEK or not, on the basis of his friends’ testimonies, Aqil was taken along with others on August 6 or August 9, 1988, for execution to the death hall in Gohardasht.

In addition to the Death Committee, which is known, mullah Moqisseh, aka Nasserian, and his deputy Hamid Noury was directly participating in it. Hamid Noury took them to the execution area. And after that, they never saw their friends again.