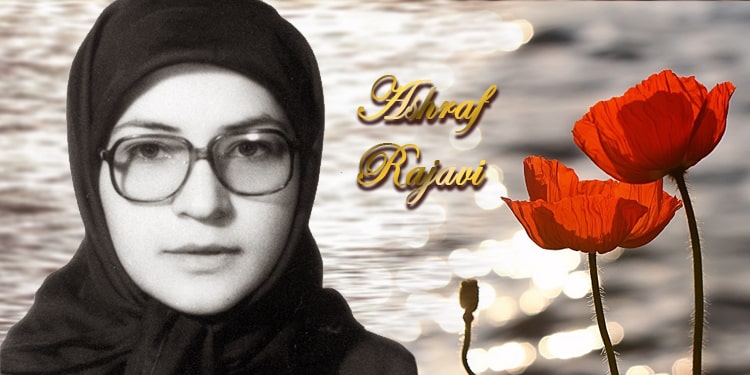 The Women’s Committee of the National Council of Resistance of Iran (NCRI) published an article by Fahimeh Samavatian – a tribute to her former physics teacher.

Fahimeh explains that in 1972, she and her classmates had a new teacher of physics. On the first day, this new teacher asked the class if they would rather learn about “worldviews” and “ideology”.

Fahimeh and her classmates enthusiastically told their teacher that they would love to learn about such issues that they considered to be grown up.

As a result, the physics class turned into a philosophy class. The children had a whole new world opened up to them and they eagerly held onto every word that their teacher said.

Fahimeh said that some of the concepts were difficult to grasp, but their teacher explained everything well and that the class thoroughly enjoyed their time with her.

Speaking about some of the things they learned from their new teacher, Fahimeh recalls that the impact was profound.

Very quickly, young girls in the class started to follow new fashions and they were discussing among themselves, in secret, about the political issues they were confronted with at the time.

Although this all happened decades ago, Fahimeh said that the memories have never faded.

Sadly the class only had two short months with their joyful, dedicated, and inspiring new teacher. Fahimeh explained that the school’s principal was a member of SAVAK –  the Shah’s secret police and she was fired.

On their last day with their teacher, the class cried and they understood why their teacher “did not lose any moment in teaching” them.

#WeStand4FreeIran
39th anniversary of the assassinations of several leading members of the #Iranian Resistance by the Iranian Revolutionary Guards https://t.co/EaMUBtbzRz

Fahimeh said that on this day, their teacher “tried to use every brief opportunity to tell and teach us whatever she could”.

They learned about the Shah’s White Revolution, its devastating impact, and the cause of “poverty and affliction”. “In the end, with tears in her eyes, she bid us farewell while holding up her hand showing the victory sign.”

We learn later in the tribute that the teacher was Ashraf Rajavi – someone who would become a symbol of women in the People’s Mojahedin of Iran (PMOI / MEK Iran) and one of the most resistant political prisoners that faced such horrific brutality.

The network of (#PMOI/#MEK) inside #Iran, known as the MEK Resistance Units, organized activities commemorating leaders of the MEK, Mousa Khiabani, and Ashraf Rajavi, killed by the Revolutionary Guards (IRGC) on February 8, 1981. https://t.co/dYdN0s0eB1 pic.twitter.com/ydCQERzsY3

Fahimeh said that Ashraf “opened our eyes to history and revolution and changed the course of our lives” and that many of her classmates followed in her footsteps of resistance.

Fahimeh ended her tribute by saying that Ashraf Rajavi “was our generation’s teacher” and little did they know at the time that “she would be leading the way for our people’s revolution”.

There is no doubt that Fahimeh’s class was just one very small example of the people that Ashraf Rajavi was able to connect with and inspire.

Her determination, resistance, and courage will be remembered by generations of women in Iran to come and although she is no longer in this life, she still gives many women and men of Iran the courage they need to continue resisting.

Read: In memory of my kind physics teacher https://t.co/iwCBbDLmWw

Ashraf Rajavi was our generation’s teacher. In those days, we did not realize that she would be leading the way for our people’s revolution.