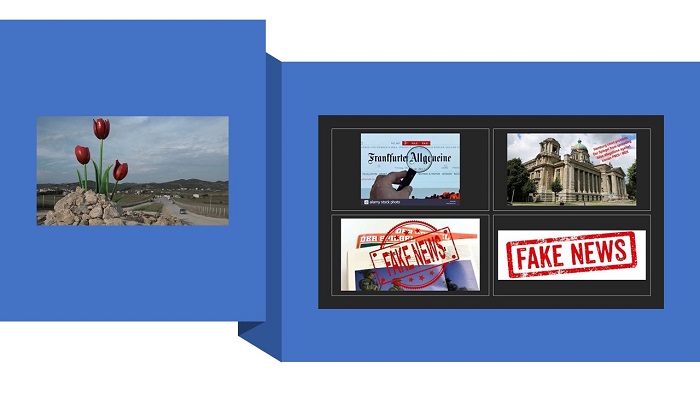 A German court has banned the publication of defamatory comments against the People’s Mojahedin Organization of Iran (PMOI / MEK Iran). The German publication ‘Frankfurter Allgemeine Zeitung (FAZ)’ has accepted this ruling (the second) and has given it full acceptance.

This is positive news for the (PMOI / MEK Iran), and the wider resistance movement. The Iranian regime has targeted the political opposition for years, knowing that it is the biggest threat to its existence. The Iranian regime has an extensive propaganda machine that has managed to infiltrate Western news publications that have failed to do their due diligence and properly fact check.

However, we can be certain that this is not going to put an end to the Iranian regime’s demonization of its opposition. It is in such a desperate situation, with increasing unrest at home, more and more isolation on the international front, and extreme financial pressures because of sanctions, that it is quite simply at an impasse.

Speaking recently about the Iranian regime’s demonization campaign and its attempts to discredit and slander the Iranian Resistance, press lawyer Prof. Dr. Gero Himmelsbach recalled that in March last year, the district court of Hamburg had banned Spiegel from claiming that the (PMOI / MEK Iran) employed methods of torture at its base in Albania. This prominent press lawyer represented the National Council of Resistance of Iran (NCRI) in the case.

He explained that the Spiegel publication had used so-called testimony from people alleging to have defected from the (PMOI / MEK Iran). Although Spiegel acknowledged proceedings, the FAZ made the same mistake a year later. It too claimed that defectors of the (PMOI / MEK Iran) had been tortured, despite this claim being considered legally forbidden as a result of the Spiegel case. The FAZ would not accept the ban and it appealed, requesting an oral hearing.

The lawyers said that the submission of affidavits have allowed these torture allegations to be considered “completely unfounded”. And most importantly, it was proven that the FAZ and Spiegel’s so-called informants are controlled by the MOIS – the Iranian regime’s Secret Service.

How can Iglesias run a company that takes money from a dictatorship and produces the #Spanish-language satellite channel of #Iran’s state-run broadcaster IRIB designed solely to demonize the #MEK? #FreeIran2020https://t.co/MTq9h0zSi9

The Iranian regime has plundered billions of dollars on its demonization campaign. It initially tried to make the opposition look weak and as if it has no popular support, both inside and outside Iran. By making it look like no alternative existed, the regime was hoping to leave the international community with no option but to continue engaging with the mullahs.

However, it is impossible for the regime to continue on this path because the Iranian Resistance has a huge following in Iran, and growing support around the world – in particular in the West.

Every year, the Iranian Resistance holds a Free Iran rally. Tens of thousands of people attend, including hundreds of prominent political figures, lawmakers, religious officials, dignitaries, human rights activists, and so on. They come, representing their respective countries, and explain how they hope policies will evolve to not only hold the regime accountable for its crimes but also to support the people of Iran in their journey towards peace, democracy, and the respect of human rights.