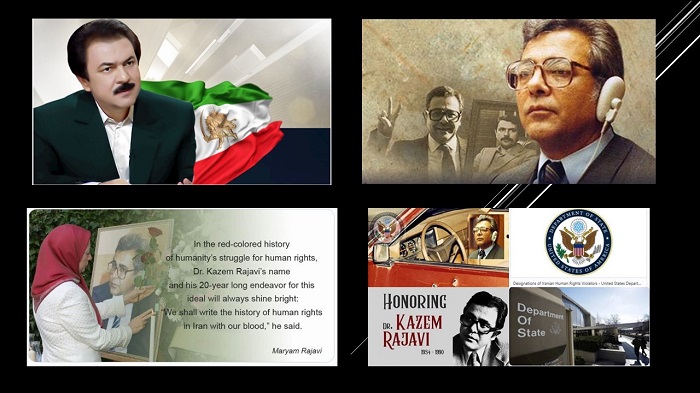 The People’s Mojahedin Organization of Iran (PMOI / MEK Iran) has recently reported that the Deputy Attorney General of the Swiss Confederation in Bern, the Vaud Provincial Prosecutor’s Office has announced that the case of the murder of Dr. Kazem Rajavi has now been transferred to the Attorney General’s Office as a possible case of genocide and a crime against humanity.

Commemorating Prof. Kazem Rajavi, the great martyr for #HumanRights in #Iran. A member of the National Council of Resistance of Iran (NCRI) and brother of Iranian Resistance Leader Massoud Rajavi, he was assassinated by Tehran terrorists on April 24, 1990. #FreeIran2020 pic.twitter.com/4Hr2oJUVyb

The reason for this decision is that Dr. Rajavi’s assassination took place because he exposed the mullahs’ crime in 1988 when they executed 30,000 political prisoners. In this case, it shows the statute of limitations for these sorts of crimes is not relevant. This has also happened with ‘’crimes against humanity during World War II ‘’and some of those responsible are still being prosecuted.

#Iran: Dr. Kazem Rajavi's Assassination To Be Investigated in the Context of Genocide, Crime Against Humanity
The UN Security Council and Europe must bring the #Iranian regime officials to justice.#NoImpunity4Mullahs #HumanRights https://t.co/aCnwsEj5ZH pic.twitter.com/IMQNujR7yv

Dr. Kazem Rajavi was the Iranian Resistance Leader, Massoud Rajavi’s, older brother and Iran’s first ambassador to the United Nations in Geneva following the 1979 revolution. He was assassinated close to his Geneva home on April 24, 1990, by agents of the Iranian regime’s Ministry of Intelligence and Security (MOIS). He was a well-respected defender of human rights defender.

There is no evidence to suggest that this was state-sponsored terrorism as the MOIS agents responsible for the act entered Switzerland using diplomatic passports and returned home to Iran on a direct flight using diplomatic immunity.

Mrs. Maryam Rajavi, the President-elect of the National Council of Resistance of Iran’s (NCRI), supported wholeheartedly the Vaud Provincial Prosecutor’s decision and emphasized that those responsible for crimes against humanity have been controlling Iran for 40 years and it is high time the UN Security Council and Europe brought them to justice.

Dr. Kazem Rajavi #Iran’s first ambassador to the UN in Geneva following the 1979 revolution. He was also the older brother of the #Iranian Resistance Leader Massoud Rajavi. He was the representative of #NCRI in Switzerland +defender of human rights. #MEKhttps://t.co/ZgeRO4UbSk

On August 21st, the U.S. Department of State added visa restrictions on 14 Iranians who were considered responsible for these unforgivable human rights violations. The 13 assassins, who passed as Iranian diplomats, were given orders by the government to “silence opposition and show that no one is safe from the Iranian regime, no matter where they live.” A statement about the matter said the United States does not support the Iranian regime for imposing silence on its critics by using both violence and terror.

Today marks the annual Day of Remembrance and Tribute to the Victims of Terrorism. Terrorists must be held accountable and today we announce visa restrictions on 14 Iranian individuals for their involvement in gross violations of human rights on behalf of the Iranian regime.

Following this announcement, Massoud Rajavi relayed in a message the following words: “In addition to the assassins of my brother, Kazem, the perpetrators and the masterminds of all assassinations and crimes committed inside and outside Iran by the ruling religious fascism must be sanctioned and punished for their actions.

They include the assassins of Qassemlou in Vienna, Bakhtiar, and Boroumand in Paris, Fereydoun Farrokhzad in Bonn, Akbar Ghorbani in Istanbul, Sharafkandi in Berlin, Naghdi in Rome, Zahra Rajabi and Ali Moradi in Istanbul, Mohammad Hassan Arbab in Karachi, and dozens of others. These crimes are in addition to hundreds of other terrorist crimes perpetrated by Iran’s ruling theocracy against the Iranian Resistance, the Peshmergas, and our Kurdish brothers in Iraqi territory and Iraqi Kurdistan.”

Massoud Rajavi sends a message after @StateDept designates the 13 terrorists from Iran who assassinated his brother Kazem Rajavi in Switzerland.