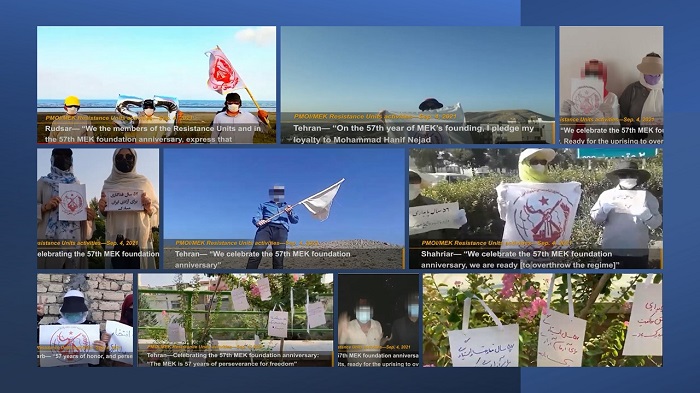 The network of the Iranian opposition the People’s Mujahedin of Iran (PMOI / MEK Iran), inside Iran, celebrated the 57th anniversary of the Organization’s foundation on September 5.

The MEK is the longest-standing organized opposition

The MEK is the longest-standing organized opposition movement that has fought two dictatorships of the Shah and the mullahs.

In the last 42 years since the mullahs took power, more than 120,000 MEK members and supporters have been executed in Iran.

More than 30,000 of them were executed in a matter of weeks in the summer of 1988. These executions were carried out by a so-called four-member “death commission” in various cities.

The current Iranian president Ebrahim Raisi was a key member of Tehran’s death commission and is known for being the butcher of the MEK.

September 6 is the 57th anniversary of the foundation of the most organized Iranian opposition group, the People’s Mojahedin Organization of Iran (PMOI/MEK).

The network of the MEK inside Iran

The network of the MEK inside Iran, known as the Resistance Units, organized a vast campaign across the country installing posters and images of the MEK.

They pledge to continue the Resistance inside Iran to overthrow the mullahs’ regime.

Some of the slogans were:

“Maryam Rajavi: The message of the start of the 57th year of the life of the MEK is freedom, independence, and social justice,”.

“Maryam Rajavi: Hail to all MEK freedom fighters who never give up on their struggle for freedom,”.

Some of the other slogans were:

“Massoud Rajavi (leader of the Iranian Resistance): Definition of Mujahedin-e Khalq: True to commitment, with maximum sacrifice, in the nation’s history,”.

“Massoud Rajavi: The People’s Mojahedin Organization of Iran has completely dedicated itself to the liberation of its homeland,”.

The start of the 57th year of the founding of MEK

“From day one, the MEK said no to the clerical system and the Velayat-e Faqih constitution,” “We honor the start of the 57th year of the founding of MEK,” 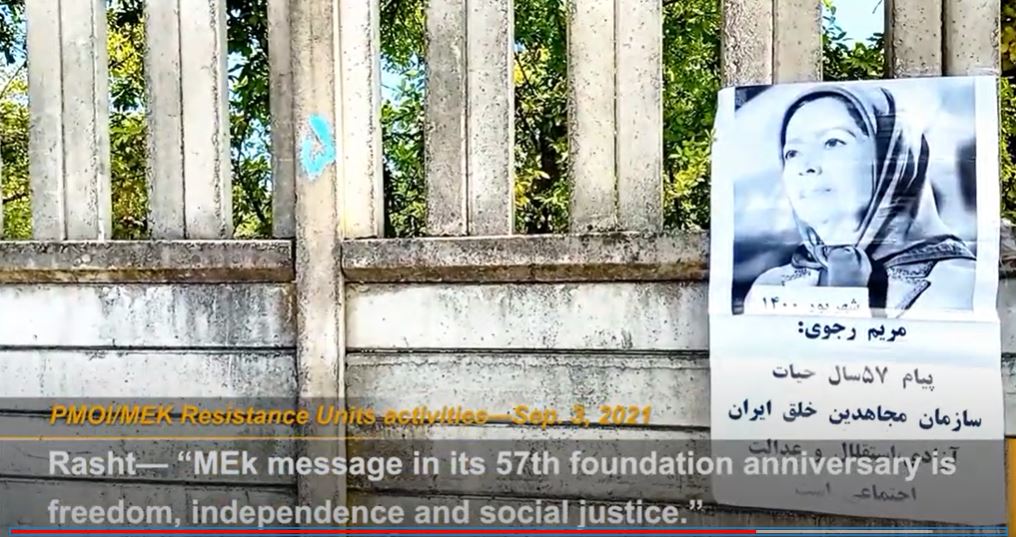 (NCRI) and (PMOI / MEK Iran): The Mujahedin-e Khalq is determined to overthrow the anti-Iranian clerical regime.

The 57th year of the foundation of the proud MEK

“Congratulations on the start of the 57th year of the foundation of the proud MEK,” “The founding of the MEK, a turning point in the history of Iran,” “The Mujahedin-e Khalq is determined to overthrow the anti-Iranian’s clerical regime.”