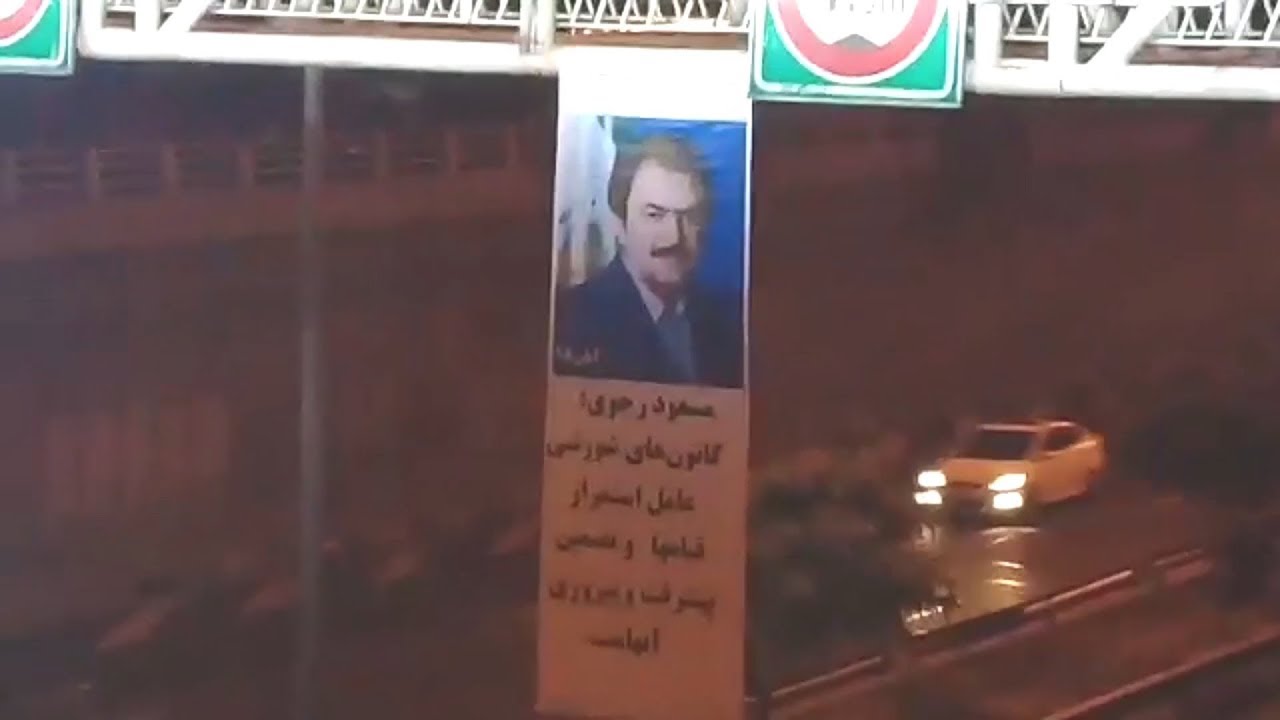 The member and supporters of the Iranian opposition group, the People’s Mojahedin Organization of Iran (PMOI, Mujahedin-e Khalq or MEK), have been continuing their campaign to show support for establishing freedom and democracy throughout November, with the actions of the MEK’s Resistance Units growing by the day.

These brave Iranians are continuing to spread their message of resilience, resistance, and perseverance, in spite of the regime’s ongoing crackdown against freedom of speech and peaceful protest, which is designed to instil fear and disappointment in the Iranian people.

PMOI / MEK network inside #Iran is escalating its activities against the mullahs’ regime.#IranRegimeChangehttps://t.co/VwT4LvLIy9

In Tehran, resistance units members have been putting up various posters that read:

“[Iranian Resistance leader] Massoud Rajavi: The mullahs’ regime is experiencing tremors prior to its overthrow”

“Massoud Rajavi: With a national uprising and resistance units, we can vividly preview the mullahs’ toppling”

“Hail to Rajavi; Down with [Supreme Leader Ali] Khamenei”

“Down with the mullahs’ regime principle. Hail to Rajavi”

When Rajavi’s surname was used on its own, this is also a reference to Iranian opposition President Maryam Rajavi, head of the National Council of Resistance of Iran (NCRI).

Of course, the capital is not the only city where the MEK Resistance Units have been out in force.

In Karaj, they hung up hand-written messages that read “The mullahs’ regime is witnessing preludes to its overthrow. Down with Khamenei”, while in Isfahan they used graffiti to spread various slogans including, “Down with Khamenei. Hail to Rajavi” and “No to murderers, no to deceitful figures, down with dictatorship”.

In Omidiyeh, southwest Iran, resistance units and MEK supporters threw paint over a huge image of Ruhollah Khomeini, the founder of the Iranian regime, in order to further express their hatred of the mullahs, while in Kashan, they set fire to images of Khamenei.

All over Iran, including in Astara, Gilan, Mashhad, Ramsar, Saveh, Semnan, Shahr-e Kord, and Qom, members of resistance units and MEK supporters said that they were ready to continue the struggle against the mullahs’ regime, until their victory.

All of these Iranians are risking their lives as support for the MEK in Iran is punishable by death under the mullahs’ extreme laws that consider the MEK a threat to the survival of the Regime.

In June 2014, Gholamreza Khosravi Savadjani, a MEK supporter, was executed for sending a small financial donation to a satellite TV network affiliated to the MEK.

Amnesty International said: “Savadjani was arrested in 2008 in Rafsanjan, Kerman Province, in connection with his alleged support of the pro-[MEK] TV station Sima-ye Azadi (Voice of Freedom).”