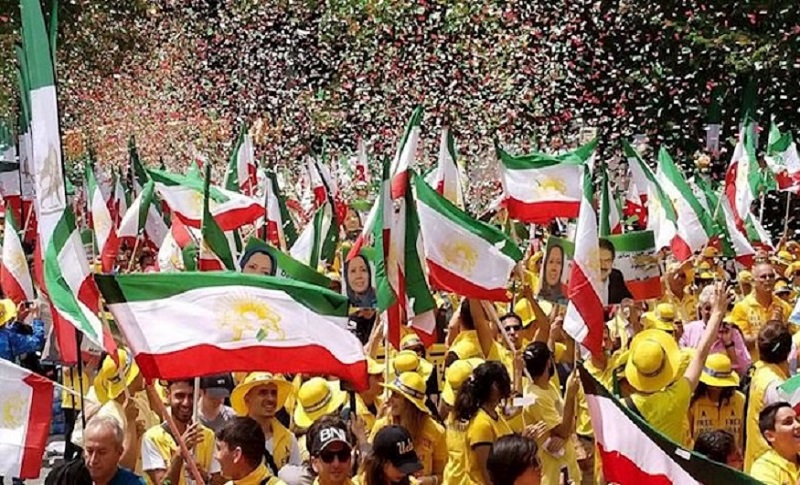 The Iranian regime is responsible for some horrific crimes, including war crimes in countries across the Middle East as well as domestic crimes against its own people. It is the biggest state sponsor of terror in the world and it carries out the most executions per capita than any other country. The Iranian regime is responsible for the most horrific crime against humanity in recent times – the 1988 massacre in which the state executed more than 30,000 people in a bid to extinguish the Resistance.

The Iranian Resistance, the Mujahedin-e Khalq (MEK Iran), has been tirelessly campaigning for human rights, freedom, and democracy for the people of Iran. It has provided extensive help for the people in Iran that are so cruelly repressed and it has acted as the voice for those that have been silenced.

NBC has just published an astonishing piece full of inaccuracies and misinformation. The article is a smear of the MEK and fails to mention that the Iranian regime has killed more than 120,000 political activists. It fails to address the regime’s denial of human rights and its shunning of international laws and conventions.

The author also claims that there is no support for the MEK inside Iran. This is clearly not the case as recent reports are showing that Iranians across the country are openly voicing their support for Mrs. Maryam Rajavi – the leader of the Resistance. This action in itself is significant because the regime considers this a crime; one that is punishable by execution.

Furthermore, in a rebuttal to this extremely unbalanced article, the National Council of Resistance of Iran (NCRI) has highlighted that the Resistance movement has survived, and grown extensively, for more than five decades. Surely this would be impossible if it had no support.

NBC also fails to point out that only last week the Albanian police chief revealed further details about Iran’s terrorism in Europe. He said during a press statement that intelligence agencies have found indisputable evidence that the leadership in Iran was directing, ordering and facilitating attacks in Europe, with the Resistance as the main target. He also said that Iran has been backing terrorist cells with the same aim.

The Iranian regime considers the MEK Iran such a threat that it is prepared to carry out terrorist attacks and assassinations on European soil. And why? Well, precisely because the Iranian regime’s survival depends on the spread of terror and chaos across the region, and the suppression of freedoms at home. The regime and the MEK Iran have opposing values and the regime is trying to eliminate its biggest threat.

We are living in a time in which we can share information with tremendous ease and without borders. NBC’s article is intentional as it seeks to actively misinform its readership. It has effectively acted as a lobby for the most criminal, brutal and terrorist leaders in the world.

The Resistance’s full rebuttal to this misinformed and untruthful article can be read here.