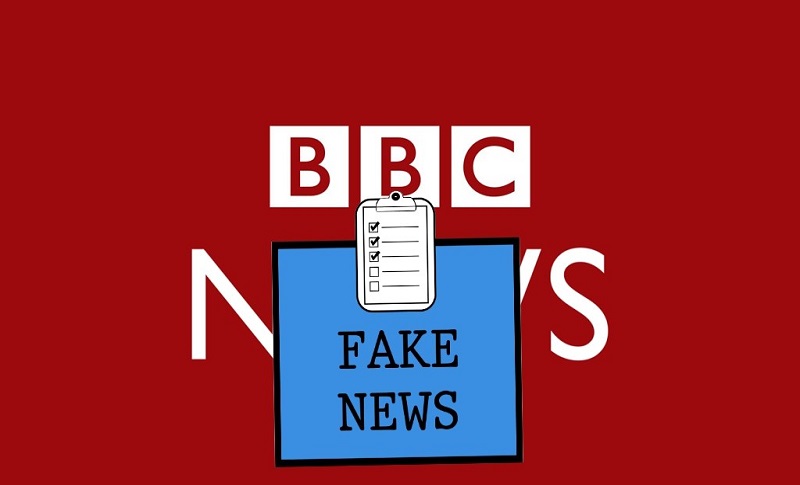 Since the beginning of November, the Iranian regime’s demonizing campaign against Iran’s main Opposition movement the People’s Mojahedin Organization of Iran (PMOI/MEK) reached a new level.

A concerted effort of fake-news, biased press articles, and over-activation of agents missioned with the Iranian Ministry of Intelligence and Security (MOIS) were published to make a mountain out of a molehill.

Last week a fake account of French President’s Secretary-General, Alexis Kohler tweeted that “France had decided to limit the presence of the MEK members in France in a bid to pressure Tehran to stop its measures to back off from the JCPOA.”

However, in a “Chorus in Harmony” a series of MOIS websites diffused the fake news.

In addition, a couple of agents of the MOIS in Albania who present themselves as “former members of the MEK” were quoted by BBC world service who tried to bring back to life the old allegations diffused by the MOIS against the MEK in Albania. The BBC once again hit below the belt by a length interview with MOIS agents as “former MEK members” without mentioning anything from the MEK.

The National Council of Resistance of Iran’s (NCRI) Security and Counter-terrorism Committee replied in a few hours through a statement and revealed the true reasons for the enhanced activity of the MOIS:

“The continuing uprisings in Iraq and Lebanon have undermined the strategic depth and one of the strategic pillars of the ruling theocracy ruling Iran. Intensifying international sanctions, in particular against the regime’s supreme leader and his inner circle, coupled with the rise in the Iranian people’s protests and the Resistance Units’ activities not only highlight the reality that time is rapidly running out on the religious fascism ruling Iran, but also pose an unprecedented challenge to its survival.

Under such circumstances, the mullahs have stepped up their terrorist activities and stepped up their campaign of demonization against the Iranian Resistance and the People’s Mojahedin Organization of Iran (PMOI/MEK) in order to make it appears as though that there is no alternative to their regime and that the West is better served by continuing the policy of appeasement. The religious dictatorship’s desperation cloaked under the disgraced banner of “former PMOI members,” this time through Radio BBC 4 and the World Service, represents one such effort.”

In their meeting with the BBC journalist on October 10, 2019, the MEK representatives in Albania provided volumes of documents and extensive information on the regime’s terror plots against Ashraf-3, in particular about the regime’s utilizing the services of its Turkish and Albanian operatives, “former members”, and the “network of friendly journalists”. They also detailed the role of the above elements in the plot to bomb the gathering of Iranians in Paris on June 30, 2018, and the terror plot in Albania made public by the Prime Minister of Albania on April 19, 2018.

According to the report of the Belgian Police and the Prosecutor’s Office, a number of the terrorists arrested for their role in the Paris plot claiming to be MEK supporters had been in fact the regime’s “sleeping cell” for more than a decade. Several of them were paid by Ahmad Zarif, the regime’s Paris-based diplomat. Assdollah Assadi, another regime diplomat based in Austria, personally handed over the bomb to Amir Sa’douni (one of the terrorists who is in custody in Belgium, awaiting trial for his role in the Paris plot).

The German and Dutch security services have in successive years reported that the Iranian regime uses individuals posing as “former members of the PMOI” for espionage activities and for setting the stage for terrorist operations.

In a conference on the Balkans on October 28, 2019, the U.S. Embassy’s charge de affairs in Albania, expressed her concerns over the Iranian regime’s terrorist actions against dissidents in Albania.

One would expect that an impartial report on the status of the MEK in Albania would have addressed these issues instead of dramatizing the lies of despicable individuals who had sold their souls and services to the religious fascism ruling Iran.

In immediately disseminating the BBC’s slanders and slurs against the PMOI, the Iranian regime is trying to demagogically whitewash the role of its operatives such as Hassan Heyrani by disguising them as “former member” of the MEK.

That the BBC has helped turning a security threat into a political dissident is truly shameful.The order to expel Heyrani from the MEK for “intelligence, security concerns and his treason” and his apology in his own handwriting is attached below. The document was provided to the Court in German and the BBC journalist had access to it. Here is the link.