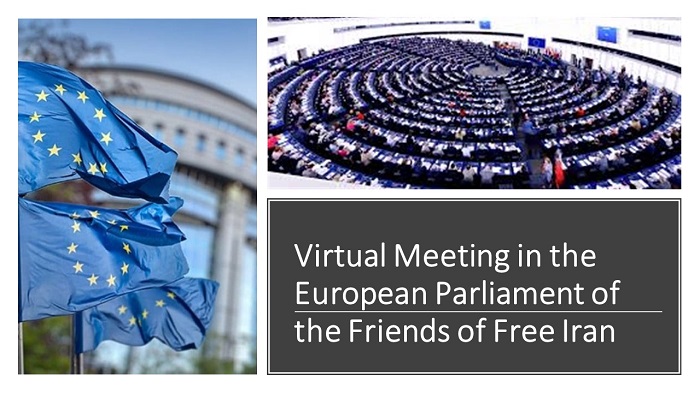 Several members of the European Parliament, from differing political views, attended this meeting to put across their thoughts.  Mr. Mohammad Mohaddessin, the chair of the Foreign Affairs Committee of the National Council of Resistance of Iran (NCRI), was also a virtual attendee.

The participants highlighted the human rights violations by the regime within Iran and its use of terrorism overseas. They asked with an urgency that the European Union take a firm stand regarding the regime’s activities.

1) The Friends of Free #Iran (FOFI) intergroup in the European Parliament held a virtual briefing on Tuesday, 15 December 2020 on the current situation in Iran, discussing the #EU policy on Iran. #NoImpunity4Mullahs #ExpelIranDiplomatTerrorists pic.twitter.com/LD1tQJ6BUX

The Friends of Free Iran (FOFI) meeting took place in December 2020 to discuss the present situation in Iran while also considering the EU’s policy as well. What did come up was the recent topic concerning the arrest of an Iranian diplomat and 3 others who acted as accomplices for the thwarted attempt at blowing up a Free Iran rally in France in June 2018.

Viewpoints expressed at the briefing are summarized below.

.@womenncri:#Iran under the mullahs where #humanlife & freedom have no value
In Sepidar Prison of Ahvaz, a woman was crying out in pain and pleading to be taken to a civic hospital. Prison authorities ignored her.She died on Tuesday morning, https://t.co/GXvk7uEz3V @GlobalCRL

1) The Friends of Free #Iran (FOFI) intergroup in the European Parliament held a virtual briefing on Tuesday, 15 December 2020 on the current situation in Iran, discussing the #EU policy on Iran. #NoImpunity4Mullahs #ExpelIranDiplomatTerrorists pic.twitter.com/LD1tQJ6BUX

Farzin Hashemi from NCRI: Despite the EU has acknowledged the role of #Iran regime, they have so far refrained from taking concrete action. We hope they will take a more firm policy toward the Iranian regime. #ExpelIranDiplomatTerroristshttps://t.co/AgnWnb6294

Dr. Vidal Quadras summed up by reiterating the call by Ambassador Terzi and other speakers for the European Union to adopt a bold stand on Iran.