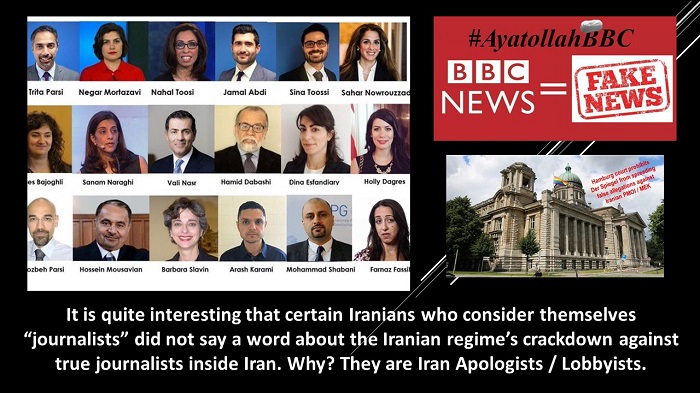 It all began in 1979 with the overthrow of the Shah as The People’s Mojahedin Organization of Iran (PMOI / MEK Iran), supported his demise and announced its support for freedom and justice in Iran. However, the current mullahs’ regime was able to exert sufficient pressure to grab power and install an outdated undemocratic, theocratic regime.

The outrage is that even after the court had ordered them 2take down the unfounded allegations,they have hesitated to take down the full of lies article.This is stunning. It shows a lack of integrity &humane values. @mathieuvonrohr @hommer_ich #Spiegel_FakeNews #Spiegel #FakeNews pic.twitter.com/f32UVNsGam

The MEK has continued to fight for its beliefs and has a wide base of supporters spread throughout the world. Despite the MEK being key leaders of the recent protests in Iran, the regime fails to recognize the extent of its support. Instead, it has tried to discredit the MEK through misleading reporting and disinformation campaigns organized by Iran’s Ministry of Intelligence and Security (MOIS).

Who, exactly, are the MeK, and what do they want for #Iran? I explore in my latest feature article on the Iranian opposition for @TheNatlInterest https://t.co/hWH0Uz9Tbn

The MEK has successfully managed to counter any false information about its movement and it now has support from throughout the world and many of these supporters believe that the Iranian resistance, the National Council of Resistance of Iran’s (NCRI), and (PMOI / MEK Iran), offers a viable alternative to the current regime. Many of them have contributed to several international video conferences arranged by the National Council of Resistance of Iran.

The key focus has been to challenge the way western countries have appeased the actions of the Iranian regime instead of condemning its human rights violations and to reveal how disinformation about the resistance movement is being spread by outside journalists who have been supplied with wrong information by the MOIS.

The poster widely used over the Internet, during the Iranian people's Twitter campaign against the Iranian regime's demonization program against MEK aired on BBC Farsi#Ayatollahbbc@LPressly @bbcpersian pic.twitter.com/pBUe7LA0Fc

As the popularity of the MEK grows more articles are published against the MEK but much of it is old news that has already been challenged. However, other sources were used to discredit the MEK in the form of 14 complete books which were published in just 12 months. Earlier the regime released 300 plus movies and documentary series which focused on discrediting the MEK.

Despite all this anti-MEK propaganda the regime really would like to be able to resort to the days when the MEK was considered to be a terrorist organization. It was at that time a lot easier to run a successful anti-MEK campaign but 19 individual court cases put an end to the contents of the disinformation which gave the MEK the chance to be recognized as a “legitimate opposition to a repressive government.”

1)
May 3 was #WorldPressFreedomDay. It is quite interesting that certain Iranians who consider themselves “journalists” did not say a word about the Iranian regime’s crackdown against true journalists inside #Iran.

The regime’s only other hope was that most of MEK’s supporters lived overseas but even the regime’s Supreme Leader, Ali Khamenei, said in a January 2018 speech that MEK’s leading role in the uprising had widespread support in 150 Iranian cities and towns throughout Iran.

The regime tries to pretend that the MEK only exists because it is dependent on other forces apart from the Iranian people to validate itself. However, there is clear evidence which confirms that the Iranian Resistance exists on donations from individuals who have experienced at a personal level the MEK’s compassion and commitment to supporting the Iranian people and unreservedly supports the 10-point plan written by NCRI President, Maryam Rajavi. They also hope for a new pathway for Iran which they want to be a part of.

‘’This resistance movement has vowed to topple the mullahs’ regime and that is inevitable.’’