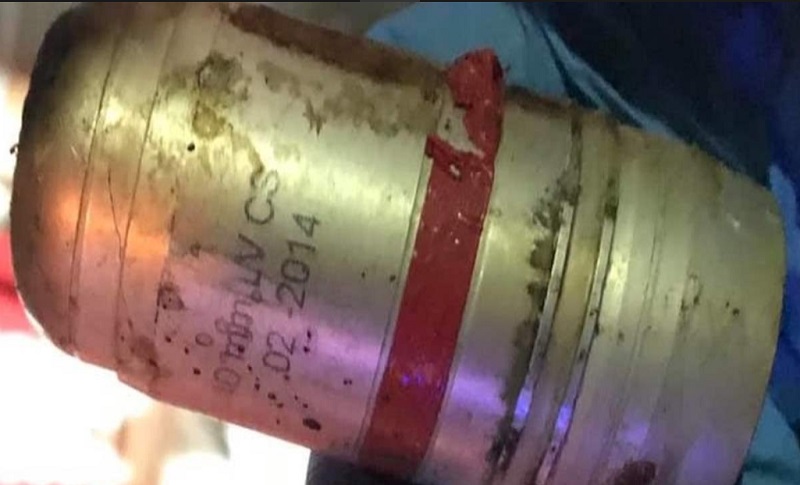 The Iraqi people continue protesting against the Iranian regime’s presence in Iraq and yearning for freedom and democracy. In response, the Iranian regime has resorted to more violence. in this regard in an update on its statement over the situation in Iraq, Amnesty International revealed that “a significant portion of the deadly projectiles” causing gruesome protester deaths “are in fact M651 tear gas grenades and M713 smoke grenades manufactured by the Defense Industries Organization (DIO) of Iran.”

“Since first publishing our findings on 31 October, Amnesty International has reviewed and verified video evidence of four additional deaths caused by the Serbian and Iranian grenades and has received a significant number of additional photos of the weapons, via sources on the ground. It was through analysing this new evidence that Amnesty International was able to make this identification” reads the report.

In its first statement on October 31, Amnesty condemned the crimes committed by the Iraqi security forces against demonstrators.

The Iranian regime’s proxy groups such as the Popular Mobilization Forces, play an active role in suppressing the protestors.

Over the past decade the Iranian regime, via its proxy group, has secretly occupied Iraq. The current Iraq’s Prime Minister, Adel-Abdul Mehdi is one of the regime’s longtime agents. For this reason, Iraqi demonstrators remain focused on overthrowing the government while also targeting Iran’s regime in their slogans. The Iranian regime, with its expansionist agenda in Iraq, is pushing this important oil-rich country of the Arab World into the abyss and making a misery out of life for the Iraqi people.

In a new development, on November 4, protestors in Karbala, an important Shiite city in southern Iraq, once again launched a raid around the Iranian regime’s consulate on Monday, according to Al Arabiya TV. Protestors brought down the Iranian regime’s flag and installed their country’s flag in its place.

The Karbala demonstrators also installed a large banner reading: “Closed by the order of the people.”

The protests in Iraq, began with economic demands, and quickly turned into calls to overthrow the government in and toppling the entire political system ruling the country.

Struan Stevenson: Protests in Iraq and Lebanon Are Becoming Very Worrying for Iran