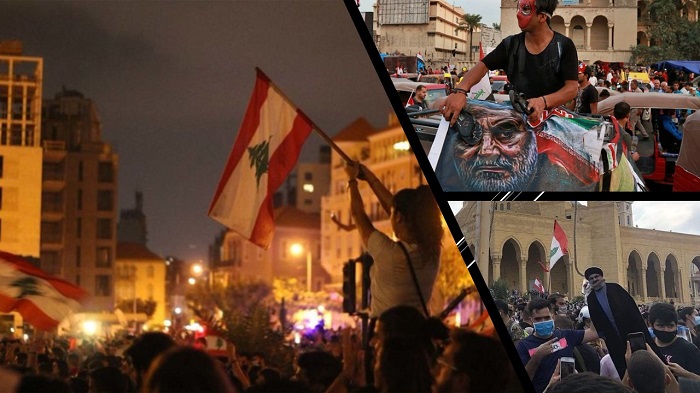 Lebanon is dealing with a catastrophic confluence of growing economic, political, and sociological issues. Although Lebanon is a small country, it has significant implications for US national security and geo-strategic interests. Yet, at the moment, American Middle East foreign policy is focused solely on the Iran negotiations, leaving little room for other issues. This is a blunder. The Biden administration should create a more nuanced approach to the area, particularly in light of Lebanon’s impending collapse.

The value of the Lebanese currency has plummeted by about 90%, forcing much of the country into poverty, with many families reliant on remittances from relatives abroad. Even still, those lifelines are insufficient to compensate for commodity shortages: gasoline, pharmaceuticals, and food are all in short supply. Add to that a deteriorating infrastructure that can only provide electricity for a few hours each day.

The main Iranian opposition The National Council of Resistance of Iran (NCRI), and the People’s Mujahedin of Iran (PMOI / MEK Iran), reported that Iran, for four decades, has been plundering the people’s wealth to fund terrorist militias and proxy groups across the region.

It has sparked and fuelled crises across the Middle East to further its malign policies. Iran has spent huge sums of money funding the Hezbollah organization, trying to gain influence in Lebanon. The current protests in the country are a huge blow to the Iranian regime.

The dictatorship uses its network to supply guns and ammunition to its proxy groups in Arab nations such as Yemen, Lebanon, Iraq, and Syria, in addition to narcotics trafficking. Meanwhile, a political impasse prevents the establishment of an efficient government capable of enacting measures to address some of the issues. Instead, political leaders, which are widely regarded as incorrigibly corrupt, make no effort to address the public’s needs.

The rise of vigorous oppositional forces is one positive spot. They are, however, still fractured, and elections will not be held until next year.

In order to save the decaying institutions that formerly had a great international image, such as Lebanese colleges and hospitals, a change in leadership may be too far off in the future. Those institutions’ talented workers are now striving to depart for better-paying opportunities abroad. After decades of civil conflict and occupations, the devastation of COVID-19, and the immense destruction caused by the explosion in Beirut’s harbor on Aug. 4, 2020.

Given the severity of the hardship, there is a strong motivation for the United States to continue to send humanitarian assistance to Lebanon. Although the scope of that mission has decreased, the United States continues to provide vital training support to the Lebanese military forces. Aside from that, American involvement is fairly minimal. Washington should do more and prioritize Lebanon higher on its foreign policy priority list.

Hezbollah, Iran’s proxy in Lebanon, may perceive an opportunity to capture power directly, or, more tactically, it may want to strengthen its authority in its strongholds while allowing the rest of the country to fade, demonstrating the failure of western democracy.

Unless the US acts in strategic ways to handle Lebanon’s difficulties, Tehran will succeed in either scenario.

Furthermore, the Biden administration sees the Middle East primarily through the lens of Iran and a renewed Joint Comprehensive Plan of Action (JCPOA). Many Lebanese are aware of this and are concerned that if US sanctions against Iran are lifted, Hezbollah will benefit.

No sign exists that the US negotiating team is serious about ending Iran’s regional destabilization campaigns, particularly its support for Hezbollah. However, reaching a new agreement with Tehran without such a constraint essentially entails appeasing Iran by sacrificing Lebanese sovereignty.

Struan Stevenson: Protests in Iraq and Lebanon Are Becoming Very Worrying for Iran