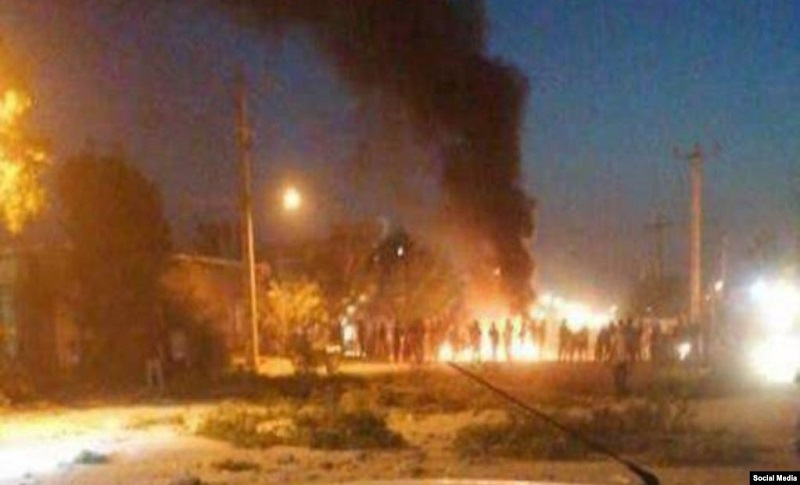 Heydari’s death came a month after he was arrested by the Iranian regime’s authorities.

His death, which locals believe was due to poisoning by the Intelligence Ministry, triggered a series of protests in the southwestern Iranian province of Khuzestan.

Residents of the city of Shadegan started a protest on Sunday night and blocked the city’s main road. Videos on social media show some protesters starting large fires on the streets. In one video, sounds resembling sporadic gunfire can be heard.

Ahvaz has a substantial Arab community. Due to the regime’s brutality in suppressing ethnic minorities, there have been intermittent tensions between residents and the government.

November 11 – Shadegan, southwest #Iran
Locals protesting the suspicious murder of a poet. Many are accusing the Iranian regime’s Ministry of Intelligence & Security (MOIS) of poisoning the man.pic.twitter.com/u7JgnYDduE

Local and central government officials have not yet reacted to these events.

One of Heydari’s relatives said, “In the beginning, Hassan felt like he was poisoned. We immediately transferred him to the hospital in the middle of the night. Nurses rushed to his aid, but this morning he had a convulsion, and shortly afterward he passed away. He was a young healthy man and had no diseases or heart problems. The regime’s security forces are responsible for his death.”

Hassan was known for his epic poems against the Iranian regime. For this reason, the Ministry of Intelligence’s office in Ahvaz had arrested him several times.

In addition to the residents of Ahvaz and Shadegan, residents of Kut-e Abdollah staged a protest over Heydari’s suspicious death.

On August 4, 2019, Iran’s regime executed two members of the Ahvazi Arab minority population. Abdullah Karmollah Chab and Ghassem Abdullah were executed in Fajr Prison in the southwestern city of Dezful, according to state media.

Only 3 days after the #UPRIran session the #Iranian regime murdered a dissident poet from a widely persecuted ethnic minority group in #Iran
This is how the clerical regime treats people from different ethnic minorities. @UAEMissionToUN@PmTunisiahttps://t.co/eIdfejx8UN pic.twitter.com/SxjNGBuRdz

The official IRNA news agency said Sunday the two men were convicted of “enmity against God” (Moharebeh) in connection with an armed attack in October 2015, which left two people dead. The men, however, had denied any involvement in the attack.

Their lawyers had said there was no evidence linking them to the attack and had identified inconsistencies between the “confessions” that led to their convictions and the accounts of eyewitnesses present at the scene of the crime.

On October 19, 2015, both men were arrested by the regime’s Ministry of Intelligence and Security (MOIS) and held in solitary confinement in an unknown location for six months. They have since been moved to several different detention centers. They have been given extremely limited access to their families through irregular telephone calls and only one visit.

In May 2019, Amnesty International urged the Iranian regime to “release them unless there is sufficient evidence, not obtained through torture or other ill-treatment, to charge them with a recognizable criminal offense,” and “grant them a fair trial, without recourse to the death penalty.”

Iran: Conferences in the U.S and EU Demand Raisi’s Prosecution

Summary of Protests in Iran 3rd Week of October