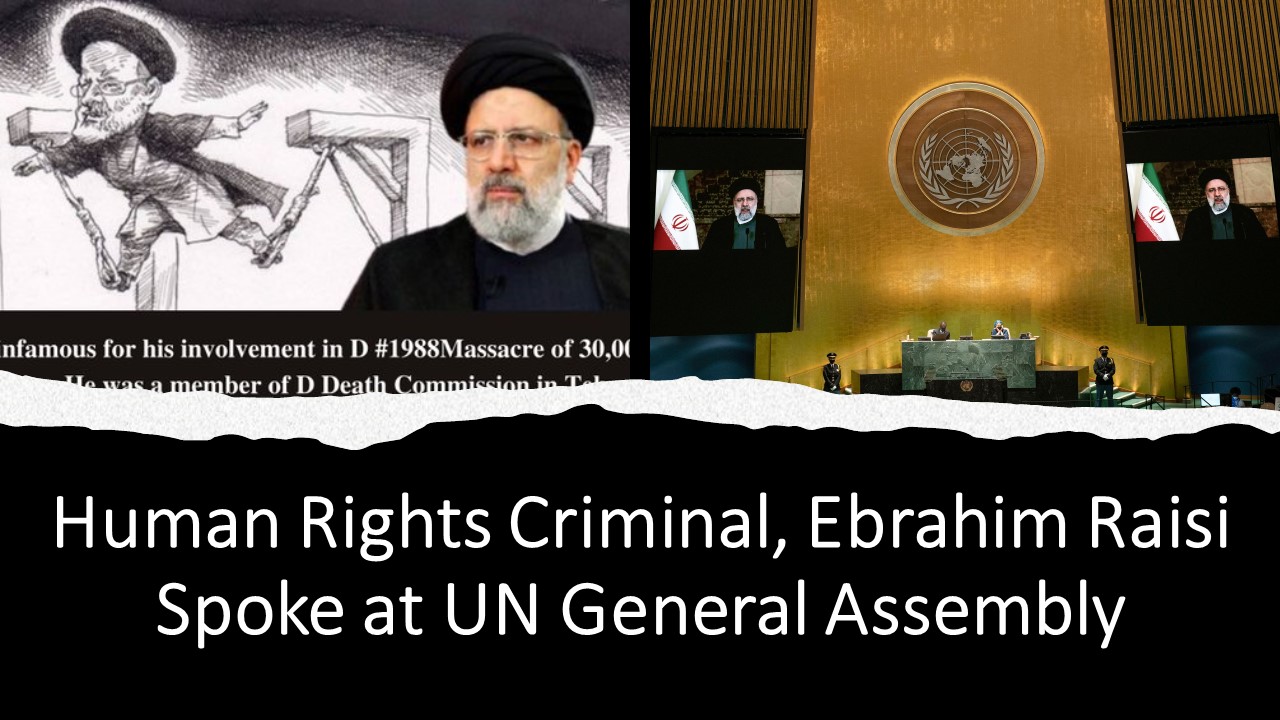 President Ebrahim Raisi of the Iranian government delivered a pre-recorded speech to the United Nations General Assembly on Tuesday, ignoring the topic of nuclear proliferation and blaming the United States for Iran’s immediate issues.

Raisi accused the US Treasury Department

Raisi accused the US Treasury Department of impeding the import of medications during the coronavirus outbreak, then referenced recent events such as the tumultuous withdrawal from Afghanistan as examples of American decline and failure, referring to economic sanctions as a new form of warfare.

These talking points were rejected not only by US authorities on the day of the address, but also by Iranian ex-pats and ethnic Iranians around the world. The Organization of Iranian-American Communities organized a press conference in Washington, D.C. the night before Raisi’s speech, condemning the Iranian president’s attendance at the UN General Assembly and highlighting his past involvement in human rights abuses and crimes against humanity.

The demonstration was conducted in Stockholm, Sweden

On Tuesday, a similar demonstration was conducted in Stockholm, Sweden, to highlight the organizers’ calls for Raisi to be held accountable for his role in the 1988 killing of over 30,000 political prisoners.

At the Stockholm meeting, Nasrollah Marandi spoke on behalf of an entire group of former political prisoners who said they had seen thousands of their friends and colleagues executed in the two prisons where Raisi had his original jurisdiction. “Many of our friends saw Raisi execute many MKE members in Hamedan and Karaj,” he added, referring to the People’s Mujahedin of Iran (PMOI / MEK Iran), which was the dominant voice of resistance to the theocratic regime at the time and hence became the main target of the 1988 massacre.

In an address presented virtually at the Stockholm conference, Mrs. Maryam Rajavi, the President-elect of the National Council of Resistance of Iran (NCRI), declared, “Khomeini sought to eradicate the [MEK] quickly.”

“He intended to commit the heinous massacre in complete silence. The deaths in Tehran and hundreds of other locations were planned in such a way that no one would notice.”

Mike Pompeo, who served as Secretary of State during the Trump administration, was the event’s undisputed star.

“Ebrahim Raisi, himself, is personally responsible for the mass execution of thousands of Iranian political prisoners, the names of over 5,000 of whom have been published,” Pompeo stated, referring to the 1988 massacre.

These heroic men and women’s bodies were buried in unmarked graves. We don’t know the exact number of Iranians who were murdered since Iran has never allowed, and is unlikely to allow, an investigation into these deaths under this regime.

Crimes against humanity that Raisi committed

“The United States must lead the world, starting today, on this occasion, to hold him accountable for crimes against humanity that he committed,” Pompeo added.

Dealing with Raisi is the equivalent of dealing with a mass murderer. This is not only unethical but also ineffective.

We should all make this plain to our European and Asian partners, and hold them accountable if they engage with this dictator who executed thousands of his countrymen in 1988.”

Raisi’s speech apparently reflects a policy of gradually rising tensions with Western opponents while encouraging those adversaries to maintain diplomatic outreach. Participants at the Washington and Stockholm conferences, however, warned American and European policymakers that such an approach would only empower the Raisi administration’s tensions, with dire repercussions for world security and the Iranian people.

Mrs. Rajavi stated on Monday that “the international community must adopt a firm policy on Iran – something that meets the desire of the Iranian people and is vital to regional and global peace and stability.”

Summary of Protests in Iran 3rd Week of October