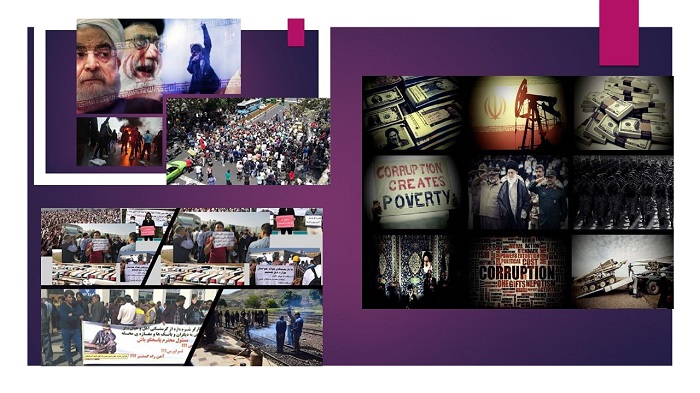 Iranian regime officials and state-run media are now using terminology like “explosive” and “unbridled” to describe increasing costs in Iran’s markets, which is causing suffering to the people.

The National Council of Resistance of Iran (NCRI), and the People’s Mujahedin of Iran (PMOI / MEK Iran), reported that Iran’s economic troubles have become so severe that many government-affiliated specialists have labeled them “super-crises.”

“The state treasury is empty, and the budget deficit has reached 50 percent, according to a number of economists. Therefore, the government has no choice but to print money and increase the amount of liquidity to increase people’s salaries.

Printing banknotes disproportionate to the growth of national production means rising inflation and soaring prices, a phenomenon that not only neutralizes the salary increase but immediately makes wage earners poorer than before and still in need of significant increases in their salaries! …

This means, Iran’s economy becoming very much like those seen in Venezuela and Zimbabwe! Now, with this lurking dragon, government officials can voice whatever nonsense they want and pretend to be asleep!” According to a report published by the state-run Arman newspaper on August 31.

In his inauguration speech, Iranian regime president Ebrahim Raisi alluded to the country’s economic crisis. “The economic situation of the people is inexcusable.

The current situation, which includes the economy’s status quo, inflation of more than 44%, recent 680 percent liquidity growth, government debt tripling since 2015, and many other issues that have impacted people’s lives, as well as a 450 trillion toman budget deficit (roughly $16.7 billion),” he said on September 3 on state-run IRIB TV.

According to a September 8 report published by the state-run Kar-va-karegar daily, the regime’s Labor Minister, Hojjatullah Abdul Maleki, acknowledged the “poor living conditions and low wages of workers and retirees, as well as the enormous class gap,” adding that “the income and expenditure of these groups” were inconsistent with rampant inflation.

“Inflation is structural and institutional in Iran. The developing brain drain crisis, the lack of a proper distribution system, hoarding and intermediation, profitable unproductive activities, efficiency disruption, economic policy instability, and liquidity growth all contribute to rising inflation. Should we overlook all of these difficulties and focus just on employees’ pay, which, if increased, will lead to even more inflation?” He added.

On Wednesday, September 8, the state-run Hamdeli newspaper published an article about the recent 50 percent increase in dairy prices, claiming that the situation has become so dire that dairy products have been removed from people’s food baskets and the country’s lower class is losing purchasing power at a faster rate than ever before.

“The trend of increasing dairy prices in recent days has been such that six items in this group have witnessed prices hiking by more than 50 percent and even up to 120 percent compared to last year,” the report reads.

The economic downturn is also reflected in the continuous protests of various labor groups.

Workers in the oil and petrochemical industries have been on strike since June 19, demanding higher wages and a reduction in working days to 20 per month.

More workers and employees from various petrochemical corporations have gradually joined their ranks.

The uncontrolled rise in inflation and daily expenditures

Approximately 30 contracting companies have agreed to meet the workers’ demands and have signed agreements with welders and fitters to raise wages and adjust shift hours. However, the majority of the project workers are still on strike.

The increase in compensation does not fulfill the needs of oil sector personnel in any way, due to the terrible working circumstances in the business, particularly in operational areas, as well as the uncontrolled rise in inflation and daily expenditures.