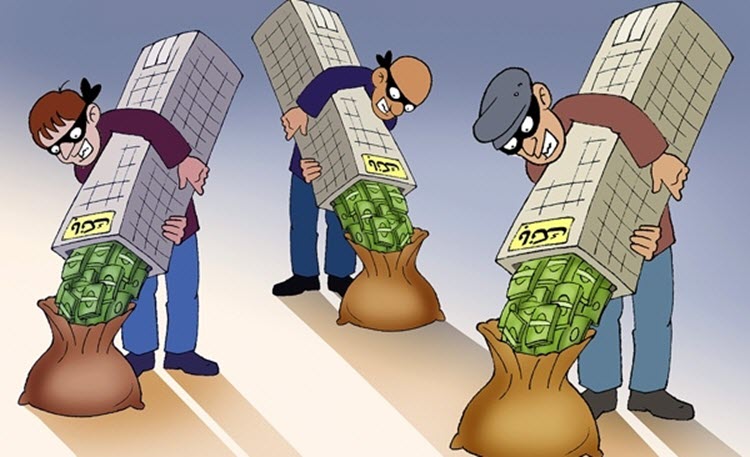 The National Council of Resistance of Iran (NCRI), and the People’s Mujahedin of Iran (PMOI / MEK Iran), reported that Iran’s GDP is declining, yet its liquidity is fast increasing. The regime’s banknote printing is the main source of Iran’s increased liquidity.

As a result, Iran’s inflation rate and consumer goods prices are increasing on a daily basis.

To make up for the budget shortfall, Hassan Rouhani’s government began printing banknotes, and the tendency has persisted since then.

“The fiscal deficit for 2021 is estimated to be around 370 trillion tomans or nearly half of the country’s total budget. The 40 percent increase in government current expenses due to its enlargement is one of the reasons for the deficit,” wrote Arman daily on September 21.

The unrealistic budget itself, which is based on sanctioned oil, is among the factors that have kept the country in a precarious position for many years. Surprisingly, no company or institution is willing to sacrifice its budget for the benefit of the people and to assist the government,” Arman adds on a daily basis.

The Iranian economy is heavily reliant on oil exports. The Iranian oil industry has been sanctioned as a result of the regime’s nefarious acts and support for terrorism, leaving the country with a massive budget imbalance.

However, even if sanctions are eased and the regime is able to mostly export oil, as it did following the 2015 nuclear deal with international powers, Iran’s economic crises would persist due to the mullahs’ ingrained corruption.

The regime plans to sell 2.3 billion barrels of oil per day in 2021, according to its budget. Meanwhile, it was unable to sell more than 700,000 BPD last year, the majority of which was done through smuggling channels and at prices below market value.

To put it another way, Rouhani’s government expected to make $60 billion from the sale of 2.3 million barrels per day. This is more than double the amount of oil sold in the 2020 budget. Meanwhile, no date has been set for the lifting of international sanctions against the regime’s oil industry. Oil markets have been impacted by the Covid-19 pandemic. Furthermore, Iran’s crippled oil infrastructure would be unable to produce this volume of oil each day.

Sanctions will continue in place, according to Arman daily, since the regime’s “foreign policy,” or rather its negative operations, “have not decreased” and “a large part of Iran’s economy is political.” As a result of the creation of banknotes and the regime’s corruption, the inflation rate rises, making life more difficult for Iranians.

The true cause of growing inflation

In recent days, regime officials have openly accused the minimum wage increase of being the true cause of growing inflation.

“A 39 percent increase in salaries in 2021 will only cover 37% of people’s living costs. A worker’s monthly income of 4 million Tomans only covers 10 days of the month, and the workers barely scrape by until the end of the month.

On September 21, the state-run Kar-o Kargar daily quoted Ali Aslani, a member of the board of directors of Islamic Labor Councils, as saying, “They have to remove many of the basic expenses of their lives.”

The following facts once again demonstrate that the government, its destructive priorities, and systemic corruption are to blame for Iran’s current economic crisis.