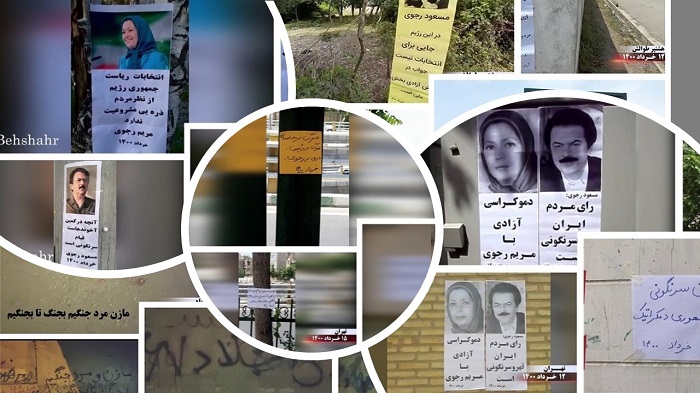 The National Council of Resistance of Iran (NCRI), and the People’s Mujahedin of Iran (PMOI / MEK Iran), reported that from June 1 to 5, 2021, the MEK resistance units call for an election boycott.

Call for a sham election boycott

Supporters of the Mujahedin-e Khalq (PMOI / MEK Iran) and the Resistance Units called for a boycott of the mullahs’ sham presidential election.

Activities were carried out across Iran

Among the slogans were:

“Maryam Rajavi: Boycott of the rigged election is a patriotic duty and a pledge of the Iranian nation to the martyrs,”

“Maryam Rajavi: The free choice of the Iranian people is:  No to the clerical regime and yes to freedom and democracy,”

“Massoud Rajavi: The Iranian people’s uprising will overthrow the clerical regime that has usurped the people’s sovereignty,”

“Khamenei is a murderer; his leadership is null and void; Raisi is the murderer of 30,000 political prisoners; The Iranian people’s vote is regime change,”

“No to the sham elections, no to the rule of the mullahs, yes to freedom,” “Raisi, the henchman of 1988 massacre,” “Down with Khamenei, hail to Rajavi,” 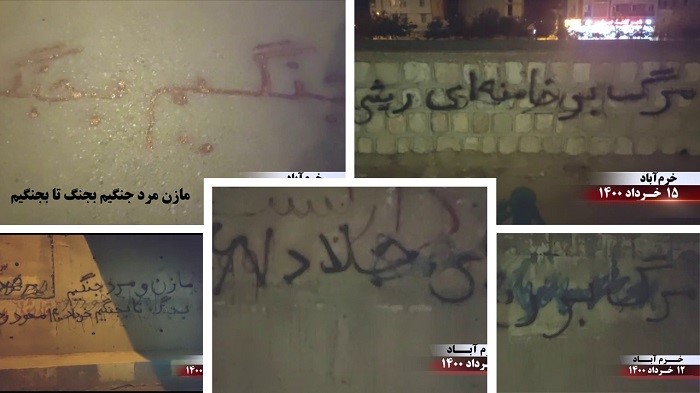 (PMOI / MEK Iran) and (NCRI): Khorramabad – Activities of the Resistance Units and supporters of the MEK, calling for the boycott of the regime’s sham presidential election “Down with Khamenei, Down with Raisi, hail to Rajavi”- June 1 to 5, 2021.