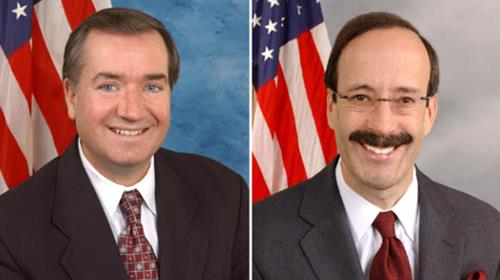 Notably, the bipartisan bill authorizes the administration to sanction entities in which the IRGC has an ownership stake of less than 50 percent, significantly raising the stakes for anyone doing business with the IRGC.

Chairman Royce on H.R. 5132: “As Iran’s most powerful economic actor, the Revolutionary Guards Corps bankrolls terror and Iran’s nuclear and ballistic missile program. Yet hundreds of its front companies have yet to be sanctioned. This bipartisan bill will close that gap. It will cut off cash to a terrorist group that has the blood of hundreds of Americans, and countless Syrians, on its hands.”

Ranking Member Engel on H.R. 5132: “The IRGC is the driver of Iran’s dangerous presence in Syria. Alongside Putin, the IRGC has worked with the genocidal Assad regime—which has killed more than half a million of its own citizens. This bill goes after the IRGC’s front companies which are the financial lifeline of the most extreme elements in Iran. It marginalizes the influence of Iran’s hardliners without undermining U.S. commitments under the nuclear deal.”

Strengthens bans on transactions with the IRGC and its affiliates.
Expands mandatory sanctions against the IRGC for its role in shoring up the murderous Assad regime in Syria.
Requires reports on the IRGC’s full influence in the Iranian economy and state-owned enterprises that facilitate terrorism.
Opposes Iran’s membership in the World Trade Organization so long as Iran remains a state sponsor of terror.