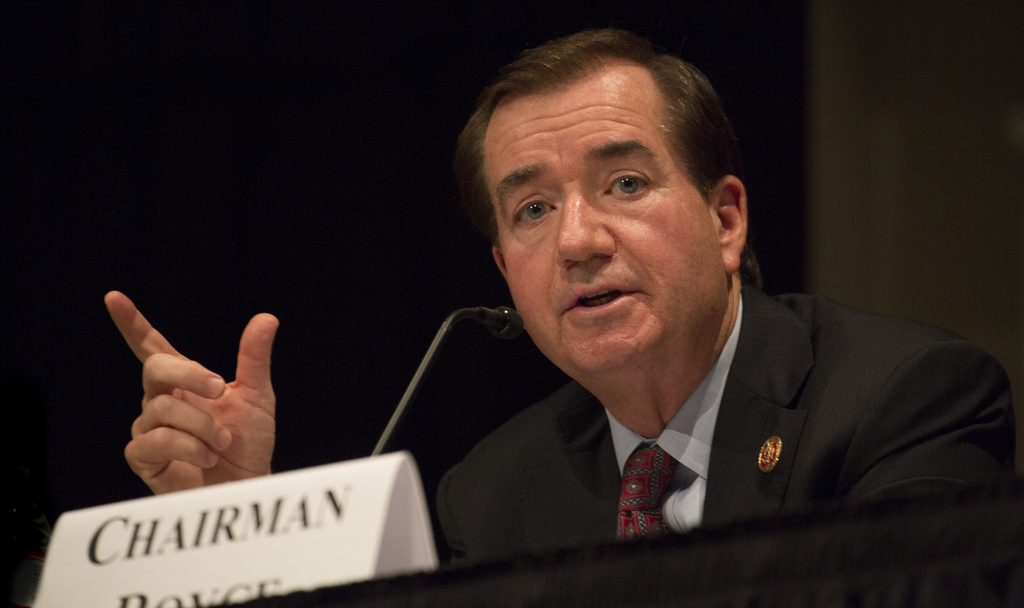 Below is Chairman Royce’s opening statement, as prepared for delivery at the hearing:

“Today we consider how the United States should confront the full range of threats that Iran poses to our national security and the security of our regional allies and partners.

President Obama’s flawed nuclear deal was a gamble that Iran would choose to become a responsible actor: a country focused on prosperity for its people and security along its borders. Unfortunately, and predictably, the Tehran regime clearly still sees itself as a movement, one that uses ideology and violence to destabilize its neighbors and threaten others, mainly the United States and Israel.

In Iraq and Syria, Iran’s Revolutionary Guards have taken advantage of the fight against ISIS, using their shock troops and Shia militias to brutalize Syrians and seize much territory. As ISIS loses ground, the risk is real that one version of radical Islamist terror, ISIS, is simply replaced by another.

Meanwhile Hezbollah, ascendant in Lebanon, has thousands of fighters in Syria, well positioning itself to intensify its original mission: the destruction of Israel. This terrorist organization is building a deadly rocket arsenal, ready to rain terror on the Jewish state. I was in Israel during the 2006 Hezbollah rocket campaign. Its capabilities then, quite substantial, are far more concerning today. This is a powder keg.

This makes it all the more critical that we stop Iran from completing a “land bridge” from Iraq to Syria to Lebanon. This would be an unacceptable risk, and frankly, a strategic defeat. It’s not just Israel’s security on the line. I fear that if Iran secures this transit route, it will mark the end of the decades-long U.S. effort to support an independent Lebanon. Jordan’s security too would be imperiled.

This threat grows infinitely worse if Iran develops a nuclear weapons capability. In this regard, Iran’s continued pursuit of intercontinental ballistic missiles, funded by the cash bonanza it received when sanctions were lifted, is telling. No country has run such an expensive program without also seeking nuclear warheads to go on top. These missiles are designed to hit us.

While the nuclear deal may have constrained Iran’s ability to produce fissile material, these restrictions begin to sunset in less than a decade, leaving Iran with an industrial enrichment capability. The reluctance of international inspectors today to demand access to military bases means that we don’t know to what extent Iran is engaged in the complex – but more easily hidden – work of designing a nuclear warhead.

That’s why clear majorities on this committee and in the House opposed the nuclear deal. Ultimately, however, the Obama Administration rammed it through anyway. And as a result, roughly $100 billion was handed over to Iran. Much of this is now in the hands of the IRGC – an incredible amount of leverage lost.

As flawed as the deal is, I believe we must now enforce the hell out of it. Let’s work with allies to make certain that international inspectors have better access to possible nuclear sites, and we should address the fundamental sunset shortcoming, as our allies have recognized. This committee will do its part tomorrow by marking-up the Ballistic Missiles and International Sanctions Enforcement Act.

We must also respond to Iran’s efforts to destabilize the region. This includes urging our allies in Europe to designate Hezbollah in its entirety as a terrorist organization and providing the administration with additional tools to go after this Iranian proxy – as we voted to do last week.

Finally, we should be supporting the Iranian people who do want a better life and more freedom instead of suffering under the brutal repression of an ideologically inspired, hateful regime. We have no ill will toward the Iranian people. It’s their government that gravely threatens us and our allies.

This is the approach I believe the United States must take for our national security. Later this week, the president will make a legislatively mandated decision on certification of the nuclear deal. Whatever he decides, it is critical that the president lay out the facts. He should explain what his decision means, and what it doesn’t. And then, I hope – as I have tried to do here today – the president will define a responsible path forward to confront the full range of threats posed by Iran.”