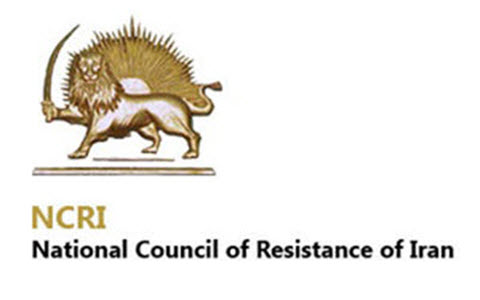 On April 22nd marking the 38th founding anniversary of the Revolutionary Guards (IRGC), General Mohammad Bagheri, chairman of Iran’s armed forces command, said the IRGC “acted as the ‘security shield’ of the Iranian nation and all the Muslim people through their presence in Syria and Iraq.”

“The country would have been lost if not for the IRGC,” he emphasized.

In the fundamentalist culture ruling over Iran, the words country, Iranian nation and Muslim people mean nothing but an inhumane and anti-Iranian state of the mullahs’ rule.

“The IRGC is the element that should rally the people under the flag of Islam,” according to Iranian President Hassan Rouhani in his remarks on April 30th as he praised the IRGC’s crimes.

The IRGC, according to its statute, “is an entity under the supreme command of the leader”, and “political and ideologically following the velayat-e faqih (mullahs’ rule)” (articles 1 and 47). The Iranian Resistance has emphasized time and again that the IRGC is the mullahs’ main leverage and center organ in imposing their military crackdown and quelling. The IRGC hinges on exporting fundamentalism, terrorism and warmongering, and this in itself is bent on the universal doctrine of the mullahs’ rule. In this regard the IRGC has been entrusted to fully advance the regime’s nuclear weapons program.

1. During the past 38 years the IRGC has played the main role in domestic crackdown, including the bloody measures against the 1999 student uprising and the 2009 nationwide revolt. The IRGC intelligence has become a notorious organ playing the main role in arresting, torturing, executing and assassinating dissidents, and pursuing espionage against the regime’s own faction.

The IRGC restructured its hierarchy in 2008 to enable its confronting of popular protests, establishing an independent command structure for each province that is able to quell public uprisings. In coordination with the IRGC the Basij also takes part in the crackdown. In addition to its paramilitary units, the Basij utilizes its spying network in universities, schools, administrative offices, factories and neighborhoods to identify and arrest dissidents.

2. In addition to the 8-year war between Iran and Iraq, the IRGC has played the leading role in fueling, expanding and the continuation of a number of other major wars in the Middle East, including the current wars in Iraq, Syria, Yemen and Lebanon. Following World War II and the actions of Hitler, the scope of casualties and displaced people rendered from these wars are in practice incomparable with any other criminal force.

– In Iraq after 2003, the IRGC’s direct intervention led to hundreds of thousands of people being killed and many million displaced.

– Thousands have been killed in the Yemen war and the United Nations has reported 3 million are displaced.

3. From the early days the IRGC has been a tool for the mullahs’ to intervene in other countries. From 1990 onward, however, this meddling increased to a new scope following the establishment of the Quds Force. The regime’s inner circles described the Quds Force, considered an official IRGC unit, as the “center of an international Islamic army.” The IRGC, in addition to its overt and covert occupation of Syria, Iraq, Yemen and Lebanon, is currently meddling actively through terrorism and fundamentalism in at least 10 other regional countries. This slate includes Bahrain, Egypt, Palestine, Jordan, Afghanistan, Saudi Arabia, Turkey, the United Arab Emirates, Kuwait and Qatar. The IRGC is also involved in establishing espionage and terrorist networks, and sending arms to these countries. No country in the region has been safe from the IRGC’s terrorist activities. Iran’s spies and agents have been arrested and prosecuted in many of these countries.

The IRGC has systematically established criminal militia groups to institute influence across the Middle East. In addition to the Lebanese Hezbollah, Iraq is at the epicenter of Tehran’s attention, establishing dozens of militia groups including the Badr, Asaeb Ahl al-Haq, Katayeb Hezbollah and Harekat al-Nojba. The Hashid al-Sha’bi, or the Popular Mobilization Units, structured by these militia groups, provides a governmental and official umbrella, and a significant freedom of action for these criminal groups. Iraqi militias are amongst the most important sources of manpower to continue the killing spree in Syria. Groups known as the Ansarollah in Yemen, Saberin in Palestine, Fatemiyoung of Afghanistan and Zeinabiyoun from Pakistan are amongst the groups involved in these carnages.

The Iranian regime embassy in most Arabic and Islamic countries, especially Iraq, Syria, Lebanon and Afghanistan, are specifically controlled by the IRGC, and all are assigned to pursue the IRGC’s agenda and policies. Iran’s ambassador in Iraq has always been a senior IRGC commander. This post is currently filled by Brigadier General Iraj Masjedi, deputy of Quds Force commander Qassem Suleimani.

4. Alongside Iran’s Intelligence Ministry, the IRGC is also involved in terrorist attacks abroad. These attacks include the 1983 US Marines barracks bombing in Beirut and the 1996 Khobar Towers bombings in Saudi Arabia. In addition to the Middle East, the IRGC has also carried out terrorist attacks in dozens of countries including Germany, Kenya, Nigeria, Sudan, Thailand, Georgia, India, Azerbaijan, Pakistan and Afghanistan. In many cases the terrorists have been arrested.

The IRGC has also expanded its terrorist networks to Latin America. The IRGC is known to deploy members and use non-Iranian agents in its attacks. The assassination of an Iranian by the name of Saeed Karimian in Istanbul on April 29th is one of the latest cases of terrorist crimes carried out by this regime outside of its borders.

5. From the 1990s the IRGC has enjoyed active relations with al-Qaeda and other Sunni extremist groups. These relations have in recent years increased unprecedentedly in Syria and Iraq. Today, there is no doubt that Tehran and Nouri al-Maliki, its puppet former prime minister in Iraq, alongside the Syrian dictator Bashar Assad, played the most significant role in the growth and expansion of Daesh (ISIS/ISIL). After living in Iran for years, the commanders of many terrorist groups in Iraq and Syria have been returned by the Quds Force to Iraq and Syria during the past decade.

US Secretary of State John Kerry said on November 17, 2015: “ISIS was created by Assad releasing 1,500 prisoners from jail and Maliki releasing 1,000 people in Iraq who were put together as a force of terror types.”

Reports in the past months indicate an active relationship between the IRGC and the Afghan Taliban.

6. The IRGC has established a cyber army of thousands of IRGC and Basij members, busy spying, controlling the internet and cyber communications. Many youths have been arrested through such measures. The IRGC is known to hack and annihilate computer networks of various countries in the region, and even those of Western countries. The IRGC intelligence organization is involved in broadcasting jamming signals on satellite TV networks and rounded ordinary people’s satellite dishes.

7. Iran’s nuclear projects are mainly controlled by the IRGC. The IRGC Research Center has from 1983 onward began its research to obtain nuclear weapons, expanding through the years and adopting a variety of names to maintain its true profile a complete secret. This entity is recently evolved into the SPND organization under Iran’s Defense Ministry. On April 21st the National Council of Resistance of Iran US Office unveiled SPND’s continuing activities even after the nuclear deal signing.

8. The IRGC established a missile unit in 1985 and by importing North Korean technology it began in 1993 its mass production of ballistic missiles capable of delivering a nuclear payload. The IRGC in 1996 established the Air & Space Organization under the Defense Ministry to expand its missile industry. North Korean experts were in constant contact with the Air & Space Organization and supported the Iranian regime in building its ballistic missiles.

Missiles are one of this regime’s most important tools to export crises, warmongering and meddling across the region. In addition to exporting a variety of missiles to different Middle East countries, including Lebanon, Palestine, Yemen and Iraq, the IRGC has also launched missile factories inside Syria and Lebanon. The ballistic missiles fired from Yemen to Saudi Arabia are all built by the IRGC. The missiles launched by the Houthis against Saudi Arabia are provided by Iran, according to US Defense Secretary James Mattis.

9. In flagrant violation of UN Security Council resolutions, the IRGC continues to illegally export arms to regional countries. According to a report issued by former UN Secretary-General Ban Ki-moon in January, the IRGC is sending arms to Yemen on a wide scale. The IRGC also produced huge numbers of roadside bombs, used to attack Coalition forces in Iraq.

10. Enjoying Khamenei’s support, the IRGC is now in control of Iran’s main economic branches in different fields, funneling billions in annual revenue. This is outside the oversight of official organizations and includes the oil and gas industry, importing and exporting goods, municipality services, agriculture and others. Through establishing a variety of companies and controlling numerous piers, the IRGC is plundering the Iranian people’s riches to provide for the expenses of its wars and terrorism. With 150,000 employees, the Khatam al-Anbiya Headquarters is one of the economic organs linked to the IRGC.

After 38 years of war and terrorism inside Iran and abroad, it is now time for accountability by the Iranian people and justice to be served. The first necessary step in this regard is for the UN, US, Europe and Middle Eastern countries to designate the IRGC as a foreign terrorist organization, and impose comprehensive sanctions against this entity. This should be followed by evicting the mullahs’ war and crime leverages from the region, especially Syria, Iraq, Yemen and Lebanon. Only then can there be any hope of establishing peace and tranquility in the Middle East.

Secretariat of the National Council of Resistance of Iran
May 1, 2017

Iraj Masjedi is Iran’s Secret Governor of Iraq According to the U.S.

Iran: Remarks by Former U.S. Under Secretary of Defense John Rood at Worldwide Internet Conference Focusing on the Mullahs’ Support for Terrorism