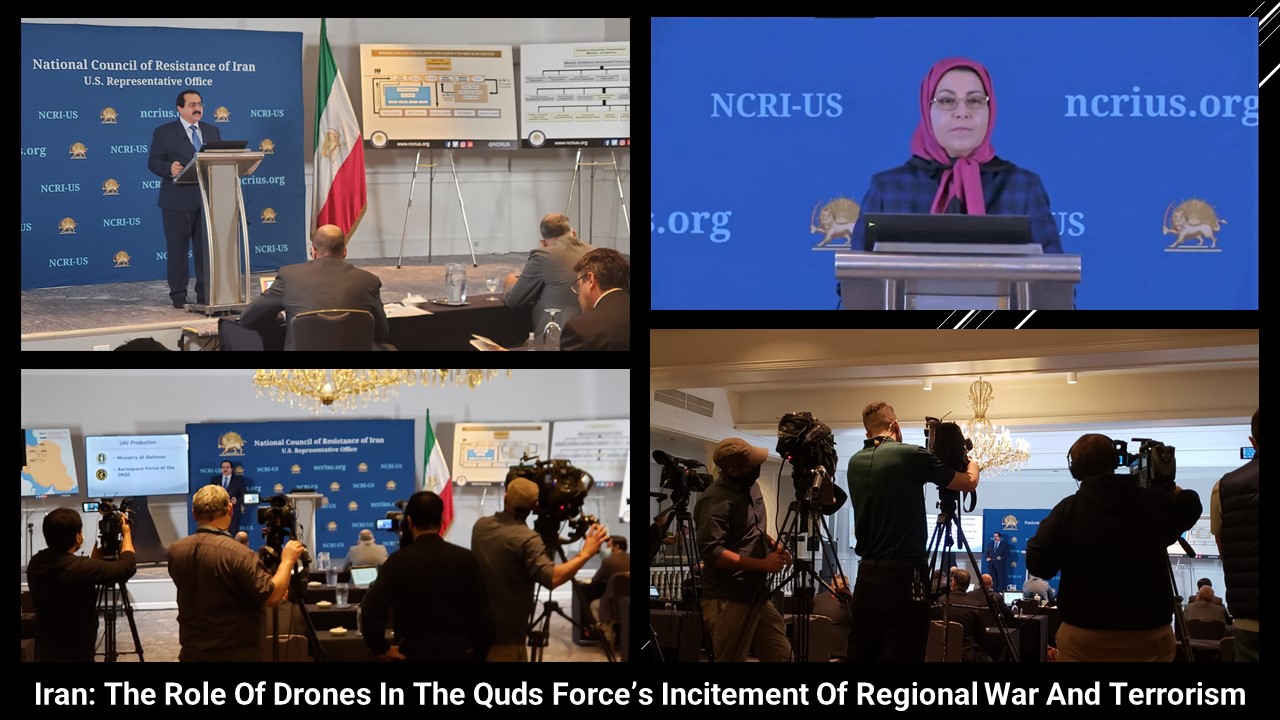 Between April and June, at least six drone assaults in Iraq were carried out by Iran-backed terrorists. Despite the fact that no casualties have been reported, American officials have acknowledged the threat and stated that they are working to develop defences against the small, low-flying unmanned aerial vehicles.

The Iranian regime and its hard-line paramilitary

The Iranian regime and its hard-line paramilitary, the Islamic Revolutionary Guard Corps (IRGC), have made significant investments in these technologies, which have recently proliferated in Iraq and elsewhere.

Officials from the National Council of Resistance of Iran (NCRI) held a press conference on Wednesday at their US representative office in Washington to discuss the nature of these investments and the organisational structure behind them.

At a time when the Iranian people desperately need resources to tackle the pandemic, the Iranian dictatorship is diverting funds away from civilian enterprises and domestic investment. In a statement accompanying its news conference, the NCRI mentioned the pandemic, citing the lack of substantial government initiatives as one of the consequences of a strategy that emphasises military development over social well-being.

Separately, the MEK has released a number of reports on Covid-19’s effects on Iran. While Iranian government officials estimate the death toll from the novel coronavirus to be just over 122,000, the MEK and NCRI estimate it to be around 454,700. This estimate is based on leaked records from hospitals, morgues, and local governments, as well as eyewitness statements and survey data from healthcare workers and other relevant professionals.

The regime’s undercount of infection

According to regime critics, the regime’s undercount of infection and mortality rates reflects the regime’s continued reliance on early, official disinformation, as well as a pressing desire to hide the severity of Tehran’s mismanagement of the situation.

Some of the regime’s mismanagement has been obvious, such as when Supreme Leader Ali Khamenei banned the import of American and European vaccines, forcing the country to rely on domestic alternatives and doses imported from elsewhere, despite the fact that they are less effective and less readily available.

The Iranian people live under the poverty line

“The regime is spending billions of dollars on its missiles and UAV programmes while 80% of the Iranian people live under the poverty line and the budgets for health care, education, and other national requirements are abysmally lower than military expenditures,” the NCRI said in a statement on Wednesday.

It went on to blame Western policymakers for the current situation, claiming that the 2015 Iran nuclear deal’s sanctions relief provided little to no benefit to the Iranian people while allowing the clerical regime to ramp up funding for drones, missiles, and other weapons “in order to export terrorism and warmongering in the region.”

On Wednesday, the NCRI stated that the US and its allies should thoroughly isolate the Iranian regime and avoid any financial connections or sanctions relief. “None of the sanctions against the regime should be lifted until it has stopped all its rogue behaviour and intransigence in the region,” the alliance declared, before adding that Western policies should also try to reduce the regime’s neglect, abuse, and repression of its own people.