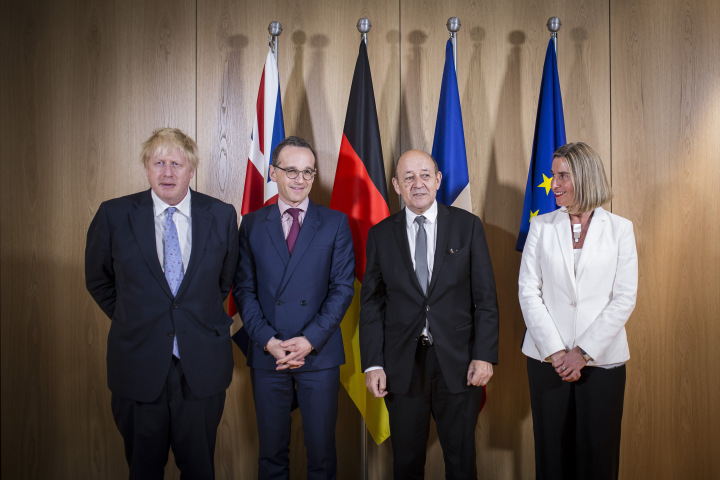 While European leaders may have campaigned to save the Joint Comprehensive Plan of Action (JCPOA), commonly known as the Iran nuclear deal, US President Trump had his mind made up to withdraw from it. No matter what your views on the US abandonment of the agreement, most agree that Iran supports terrorism, and that it is a threat to not only the region, but also on a global scale.

When Iran’s actions abroad and at home are examined, it becomes clear that while the West believed that sanctions relief would strengthen Iran’s economy and make it an international partner, following implementation of the JCPOA there has been no meaningful reform in Iran.

Ae politicized Islam drove the Iranian 1979 revolution and continues to inspire Iran’s involvement in Yemen, Syria and other conflict zones today. The theocratic Vilayat al-Faqih model enshrines the Iranian clerics’ power, hatred of the West, and desire to dominate and defeat their enemies using religious justification.

In fact, it is declared in the founding revolutionary constitution of post 1979 Iran, that Iran’s army and Revolutionary Guards Corps “will be responsible not only for guarding and preserving the frontiers of the country, but also for fulfilling the ideological mission of jihad in God’s way; that is, extending the sovereignty of God’s law throughout the world.”

Although President Hassan Rouhani may have sought improved international relations and economic development, the real power in Iran lies with the Supreme Leader, Ayatollah Khamenei. Institutions report to him, not to the president.

The leader of the Quds Force, the paramilitary wing of the Iran Revolutionary Guard Corps, Qassem Soleimani, worships with the Supreme Leader, and has been following his orders to advance the regime’s agenda. As well, militias such as Hezbollah operate with Iranian support in Syria, Iraq, Yemen, and elsewhere.

European leaders should focus on doing what is necessary to stop the spread of nuclear weapons. As far as the nuclear deal goes, Iran didn’t use it to improve its society. Instead, the money released by the freeing up of sanctions went into the militias promoting Iran’s global ambitions.

This is why it is concerning that the European Union’s energy chief has sought to reassure Iran on Saturday, May 19th, that the bloc remained committed to salvaging a nuclear deal with Tehran despite U.S. President Trump’s decision to exit the accord and reimpose sanctions.