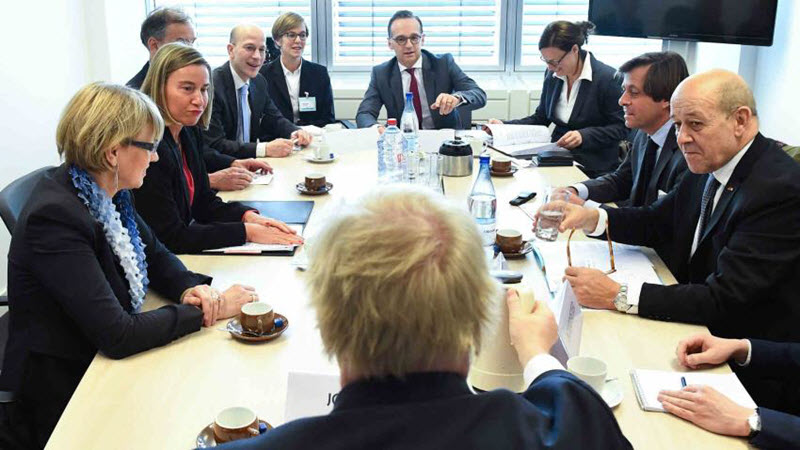 A statement regarding the Joint Comprehensive Plan of Action, more commonly known as the Iran nuclear deal, was issued by the European Union, last week.

“The JCPOA is working and delivering on its goal, namely to ensure that the Iranian programme remains exclusively peaceful as confirmed by the International Atomic Energy Agency (IAEA) in 11 consecutive reports,” according to the statement. “It is a key element of the global nuclear non-proliferation architecture, crucial for the security of Europe, the region, and the entire world. We expect Iran to continue to fully implement all of its nuclear commitments under the JCPOA.”

US President Trump withdrew from the JCPOA three months ago.

Olli Heinonen, who served at the IAEA for 27 years, including as its deputy director general and as head of its Department of Safeguards called the statement “wholly misleading.”

Heinonen, who is currently senior advisor on Science and Nonproliferation at the Foundation for Defense of Democracies and a senior fellow at Harvard University’s Belfer Center for Science and International Affairs, explained that the IAEA has not said what the EU claims it has said. “The IAEA has only said in its reports that it has continued to verify non-diversion of declared nuclear material, but it has not confirmed that Iran’s nuclear program remains exclusively peaceful.” He added that such a conclusion “can only be given by the IAEA — according to its procedures and practices when it has completed evaluations regarding the absence of undeclared nuclear material and activities, which it has not yet done. According to the latest IAEA report on 24 May 2018, that evaluation work is still ongoing.”

Iran has not been dismantling its nuclear program, but instead “proceeds with the development of new centrifuges, piles up uranium (yellow cake), and is quietly building infrastructure,” Heinonen also noted. The nuclear archive recently smuggled out of Tehran by Israel’s Mossad “casts a long shadow of doubt over Iran’s intentions.”

EU foreign affairs chief Federica Mogherini met with Iranian Foreign Minister Javad Zarif in Vienna last month, as the EU to continues to seek ways to relieve the sanctions pressure the Trump administration has begun to reimpose on Iran. In fact, the EU has officially forbidden “EU persons from complying with those sanctions, unless exceptionally authorized to do so.” Still, few European corporations are willing to the risk of being barred from the American market.

Are German, French and British leaders playing good cop to Mr. Trump’s bad cop? Or, have they formulated policies based on their visceral dislike of President Trump?

Whatever the case, EU officials are maintaining a diplomatic dialogue with the clerical regime in an attempt to cause it to exercise some restraint and delay some aspects of its nuclear weapons program.

Perhaps their faith in the efficacy of appeasement has been undiminished by time and experience.