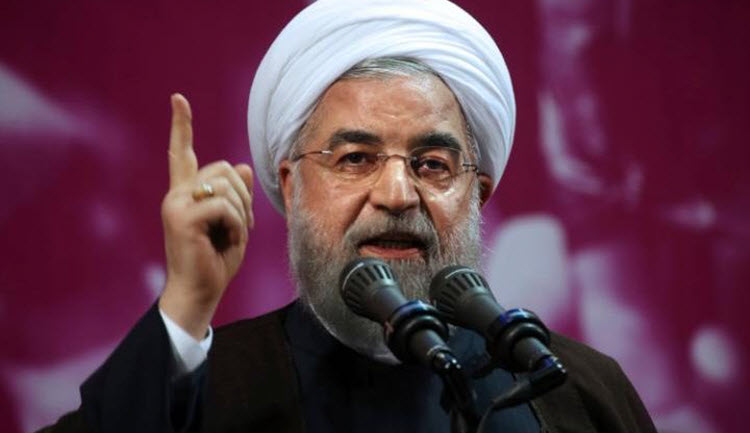 There was a remarkable geo-political shift when President Trump lined up Saudi Arabia and Israel in what is being called “a Nato-style coalition” against Iran. He is now allied with half the Muslim world. Coincidentally, the Iranian presidential election was won by Hassan Rouhani on the day of Trump’s arrival.

In his article for the Telegraph, Christopher Booker writes, “As I have reported many times, Rouhani is an utterly ruthless operator, who had presided since 2013 over a collapsing economy and what Amnesty International called “a staggering execution spree”, murdering and imprisoning so many dissidents that Iran has per capita the highest execution rate in the world.” He adds, “The real power in Iran lies with the Iranian Revolutionary Guards Corps (IRGC), which is answerable only to the Supreme Leader Ayatollah Khamenei. This not only controls more than half Iran’s economy but is responsible for spreading terror at home and abroad across the Middle East.”

Rouhani’s achievement was his negotiation with the West for the “nuclear deal”, under which the US and six other countries agreed to the partial lifting of sanctions in return for Iran curbing its Nuclear Program.

However, much of the monetary benefits of the deal went to the IRGC, “…to pay for Hezbollah and the tens of thousands of mercenaries which have been the chief prop to the Assad regime in Syria; the disastrous destabilising of Yemen; and their interventions in Iraq, where, until Trump arrived, they were being given US air support,” according to Booker.

Sources inside Iran provided evidence of its presidential election being rigged, and that voter turnout far below that claimed by the regime. Representing warring factions, the two candidates accused each other of massive corruption.

A surprising new factor in the election, was the prominence of posters calling for it to be boycotted.  Members of the banned People’s Mujahideen of Iran (PMOI), part of the Paris-based National Council of Resistance of Iran (NCRI) which represents hundreds of thousands of Iranian exiles across the world, began the movement, but the Iranian people joined in, especially the Iranian youth.

On July 1, the NCRI is staging its annual rally in Paris. More than 100,000 Iranian exiles, are expected to attend, as they have in the past. They will be addressed by many former leading politicians from across the world, most notably many senior figures from the US, including well-known former politicians, an ex-ambasador to the UN, John Bolton, an ex-director of the FBI and generals who served in Iraq. The Trump government will be called upon to lend its backing to Iranians who want to see their dictatorship replaced by a secular, democratic government.

With a democratic Iran, the Middle East might, in the future, pose less of a danger to the world.