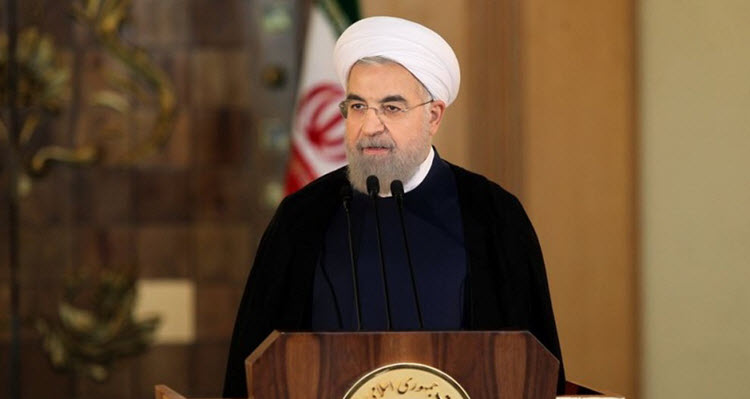 On Friday, May 19th, Iran’s incumbent President Hassan Rouhani was re-elected to a second term. Still, The Telegraph said, “The re-election of President Hassan Rouhani changes nothing. Iran remains an impoverished dictatorship governed by a theocratic elite.” This demonstrates the belief that Tehran will continue defying domestic demands and international calls for a changed approach.

In contrast to the concessions made by the former US administration, just hours after the announcement of Rouhani obtaining a second term, US President Donald Trump arrived in the region for discussions with Saudi leaders, regarding a mission to launch a Middle East initiative aimed at establishing an unprecedented coalition.

Trump’s cornerstone speech on Sunday, at the Arab-Islamic-American Summit in Riyadh, focused on the challenge of uprooting extremism and describing this endeavor as a “battle between good and evil,” came after signing economic contracts worth hundreds of billions of dollars.

“Our goal is a coalition of nations who share the aim of stamping out extremism… we can only overcome this evil if the forces of good are united and strong… Terrorism has spread across the world. But the path to peace begins right here, on this ancient soil, in this sacred land… If you choose the path of terror, your life will be empty, your life will be brief, and your soul will be condemned,” Trump stated, and added, “The Iranian regime’s longest suffering victims are its own people.”

Rex Tillerson and Adel al-Jubeir, worked on blueprinting a new and powerful alliance that would serve to counter and rein in Iran’s growing regional influence. Tillerson and al-Jubeir made their points understood very clearly by demanding Iran to terminate its notorious efforts in numerous fronts.

Tillerson said that Rouhani should use his second term “to begin a process of dismantling Iran’s network of terrorism, dismantling its financing of the terrorist network, dismantling of the manning and the logistics and everything that they provide to these destabilizing forces that exist in this region. If Rouhani wanted to change Iran’s relationship with the rest of the world those are the things he could do.”

During his campaign, Rouhani scolded the Revolutionary Guards at a rally, but after his re-election, despite a very low voter turnout, he praised the s IRGC. “We are proud of our armed forces, the Revolutionary Guards, the Basij and the security forces, we consider their strength as a guarantee for peace and stability in the region, the security and the well-being of our people,” he said in televised remarks.  This leads to the belief that Iran’s human rights violations will continue.

Rouhani will soon experience the difference between the last four years, and the way ahead. Trump’s visit to Riyadh was a sign of the Arab World probably uniting in their positions regarding Tehran.

In a recent piece by Arabia Foundation Executive Director Ali Shihabi, for the New York Times he says that Trump visit has affirmed “the depth and importance of the strategic relationship and to further strengthen that alliance” with the Arab world.

Tehran has received a new message, but Rouhani is controlled by the Supreme Leader. In Iran, the regime is always seeking their own interests.