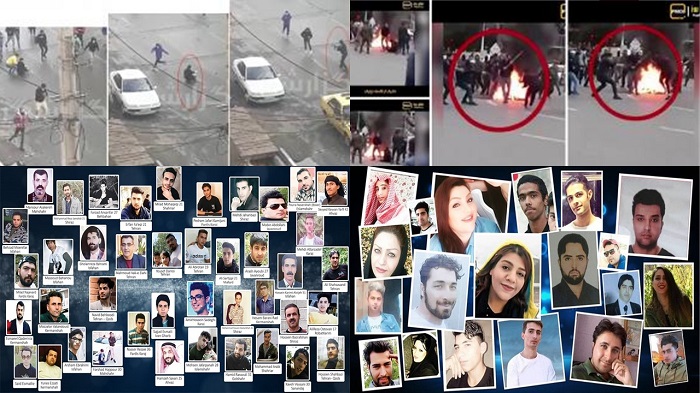 On 15th November last year, a nationwide uprising broke out across Iran. It was sparked by the regime’s announcement that fuel prices were going to increase sharply. It shook the regime’s to its core because all sectors of society took to the streets, in particular, the deprived that the regime considered to be its power base.

The regime responded with extreme violence and brutality. More than 1,500 protesters were killed, 4,000 injured and 12,000 arrested. Reuters confirmed in a special report on December 23, 2019, about the deadly crackdown on November nationwide protests in Iran the death toll of 1500 that was announced by the People’s Mojahedin Organization of Iran (PMOI / MEK Iran) on December 15, 2019.

The regime’s response was tough, but considering the power, it loses with each uprising that takes place, perhaps not surprising. The reality is that the regime is struggling to keep its grasp on power and the people are the biggest threat to its existence.

Despite the uprising being sparked by a simple economic grievance, it soon became clear that the people’s hatred for the regime and their desire to see it collapse it deep-rooted. People very quickly went from chanting about the fuel prices to outright calling for the regime’s overthrow.

During this uprising, women played a leading role. Women-led protests and their extraordinary bravery was clear for all to see. Women play a huge role in the People’s Mojahedin Organization of Iran (PMOI / MEK Iran) and its internal network of Resistance Units that are spread across the country. The (PMOI / MEK Iran) and its Resistance Units had a big organizational role in the uprising and certainly helped amplify the voice of the people.

What has become clear is that the people will not give up on their hopes and desires for freedom, democracy, and the respect of human rights. The uprising is not over – the people are continuing to resist and it is certain that another uprising is simmering. Protests are still continuing and the regime’s attempts to silence the people are just making them more determined.

The regime is at a dead-end. No matter what it does or what action it decides to take, nothing is going to persuade the people that anything other than regime change is acceptable.

More than 165,200 people have died of the novel #coronavirus in 465 cities checkered across all of #Iran's 31 provinces, according to the Iranian opposition PMOI/MEK. pic.twitter.com/oyVBzFUstN

Many of the problems the people of Iran have faced over the past few decades have exacerbated in the past few years, in particular in the past few months with the Coronavirus health crisis wreaking havoc. Over 165,200 people have died of the coronavirus in Iran, according to reports by the National Council of Resistance of Iran (NCRI) the People’s Mojahedin Organization of Iran (PMOI / MEK Iran) Poverty is on the rise and more and more people are falling into the absolute poverty category.

The young generation of Iranians is particularly resolute in their calls for regime change, showing the regime that although they have never known any other leadership, they want the whole system and regime to be overthrown. This is the generation that was born out of hunger, suppression, poverty, unemployment, major discontent, and huge hardships.

(#PMOI/#MEK): At least 4 million women head households in #Iran. Out of that number 82 percent are unemployed, so live below the poverty line. #WeStand4FreeIranhttps://t.co/lqbhV2r1bC pic.twitter.com/0YUHGDydZb

The regime’s negligence and mismanagement since the beginning of the Coronavirus outbreak have angered the people. Regime officials, in particular, President Hassan Rouhani and Supreme Leader Ali Khamenei have made it clear that the economic aspect of the crisis overrules the humanitarian side. The regime is directly responsible for the horrific death toll.