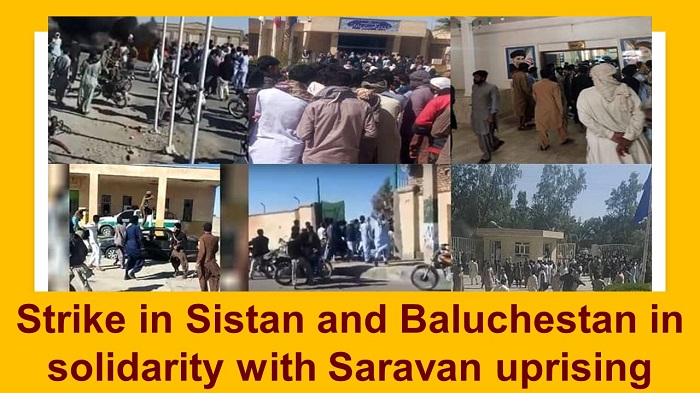 The National Council of Resistance of Iran (NCRI), and the People’s Mujahedin of Iran (PMOI / MEK Iran) reported that the protests that have erupted in the province of Sistan & Baluchistan following the shooting of impoverished porters by IRGC forces have ignited Iranians’ desire to sweep away the oppressive rule of the mullahs.

The IRGC extort from the porters

The IRGC opened fire on porters near the border of Pakistan killing dozens and injuring many more. The pretext was an argument about illegal smuggling and how much the IRGC could extort from the porters who carry fuel from Iran into Pakistan to earn a meager living.

The response to the brutality of the IRGC followed swiftly. Despite the regime sending in reinforcements and more repression from the IRGC, the protesters refused to be silenced.

The following is a list of some of the protests reported occurring according to reports received by the Iranian opposition.

Sistan and Baluchistan’s governor, Ahmad Ali Mohebati, warned the regime about the consequences of their actions without showing solidarity with the protesters.

On Thursday, he said: “We are now in an atmosphere where rationality does not prevail, but emotions and excitement prevail [i.e., people’s hatred toward the regime], we must be vigilant.

If something unpleasant happens, the dry or wet, hardliner or reformist and all officials will burn together.”

The protests have reminded the regime of what happened in November 2019 which explains the brutality they have shown to an incident that was of their own making. Meanwhile, the protests have received widespread support from ordinary Iranians.

The Sistan & Baluchistan uprising shows that when people join together in righteous protest the regime is forced on the defensive. Soon, the scale of an inevitable future uprising will sweep the mullahs and their hated regime into oblivion.