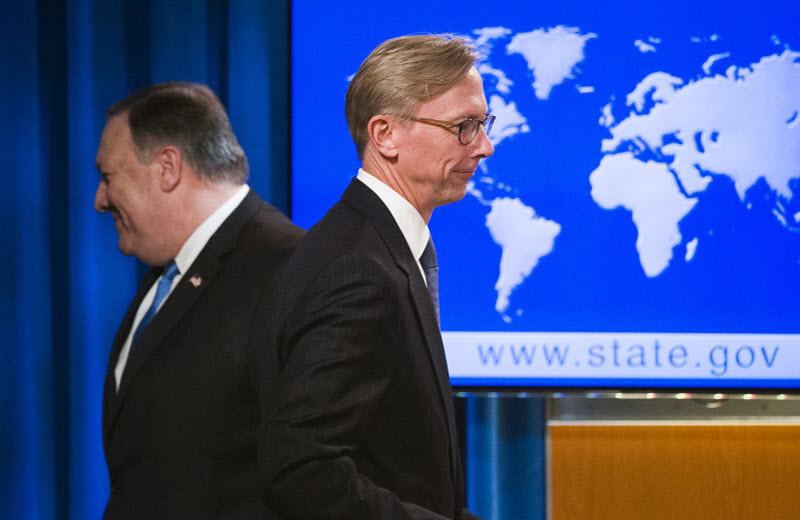 On 16th August, U.S. Secretary of State Mike Pompeo announced that the Trump administration has created the Iran Action Group. He explained that it will report directly to himself and that it will be “responsible for directing, reviewing, and coordinating all aspects of the State Department’s Iran-related activity”.

Pompeo spoke about Iran’s violence and destabilisation of the Middle East that has continued for almost four decades. He also specifically mentioned that the people of Iran are on the receiving end of the regime’s belligerence too. He said that President Trump has “instituted a campaign of pressure, deterrence, and solidarity with the long-suffering Iranian people”.

The Secretary of State said that one of the goals is to reach a new agreement, but only if there are major changes in the regime’s behaviour – both at home and abroad. “The Iranian people and the world are demanding that Iran finally act like a normal nation.”

He announced the appointment of Brian Hook as the Special Representative of Iran. Hook has been instrumental in shaping the Trump administration’s maximum diplomatic and economic pressure strategy.

Hook said that it is important to ensure that the revenue streams that allow Iran to fund Assad’s regime and the Lebanese Hezbollah and so on need to be dried up.

Iran’s meddling in the region has resulted in turmoil in the Middle East. Iraq has been particularly affected and the country is in dire need of long-term reconstruction and immediate assistance. The people of Iraq have been taking to the streets to protest Iran’s interference and meddling. The protests are widespread and people have been chanting “Iran out”.

The people of Iran have also participated in widespread protests because of the Iranian regime’s belligerence, mismanagement of resources, its funding of terrorist groups and militias, its corruption that is rife at all levels of its leadership, and so on. Instead of focusing on several issues, they have now focused on the goal of regime change. They, like the people of Iraq, want the regime to be stopped in its tracks.

The Iranian regime has been relying on the Europeans to ease the pressure of U.S. sanctions, but this has all fallen through. European officials seemed happy to comply but even they couldn’t stop major multinationals from pulling their business interests out of Iran. The Foreign Minister of Iran said that the Europeans should be taking more actions to preserve the 2015 nuclear deal.

The first round of U.S. sanctions has only just taken effect and the country’s economy is already suffering the consequences. Indeed, even before the sanctions took effect, the national currency of Iran, the Rial, was rapidly losing value and it continues to do so.

Pressure from all angles is what the Iranian regime needs to be subjected to. The people have been encouraged by the main opposition to keep pressuring the regime domestically. The people are sure to be the downfall of the regime and there are indications that this could happen sooner rather than later.