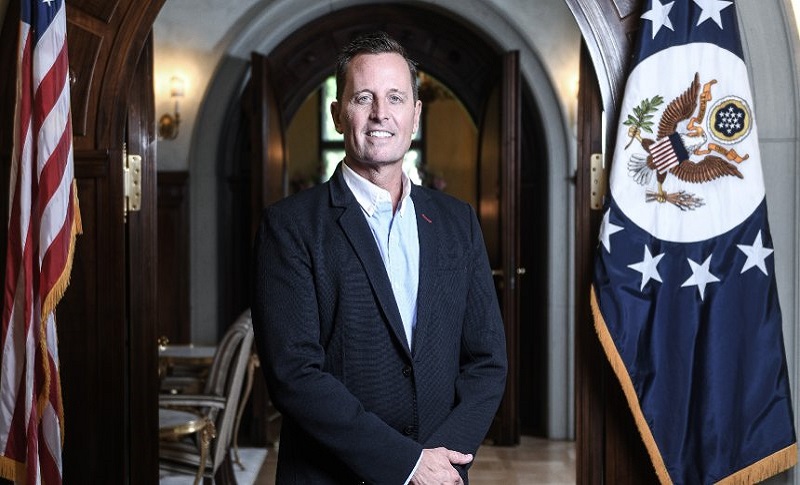 Last week, Iranian President Hassan Rouhani was in New York with his delegation for the United Nations General Assembly. His visit there came with much controversy, and Iranian Americans and supporters of the main opposition to the Iranian regime, People’s Mojahedin Organization of Iran (PMOI, Mujahedin-e Khalq or MEK), demonstrated outside the building. Many asked why the representative of a murderous, criminal, brutal and terrorist regime should be given a seat at the assembly.

The Iranian foreign minister, Javad Zarif, also sparked controversy when he took to social media to complain about the restrictions the United States has put in place. He said in a message on Twitter that he was unable to visit an ill colleague that is in New York.

He posted images of his colleague that he was able to speak to via the internet, accompanied by the following message: “Thanks to technology, I was able to see and talk to my friend of 40 years and our UN ambassador Ravanchi, who is in hospital here in New York only a few blocks away.”

The US State Department has imposed travel restrictions on the foreign minister, meaning that he is banned from visiting Majid Takht-Ravanchi – Iran’s ambassador to the United Nations. However, on Friday, the State Department said that if Iran released an American hostage, Zarif would be permitted to visit the UN ambassador in person. The State Department said: “Iran has wrongfully detained several U.S. citizens for years, to the pain of their families and friends they cannot freely visit. We have relayed to the Iranian Mission that the travel request will be granted if Iran releases a U.S. citizen.”

Richard Grenell, the United States ambassador to Germany, expressed his utter exasperation at the comments made by the Iranian foreign minister. Firstly, Zarif is boasting about a technology that the people of Iran are denied access to. And secondly, Iran is still taking foreign nationals hostage. He wrote on Twitter: “You deny the Iranian people access to this US technology and social media sites. And you continue to take hostages. Your hypocrisy knows no bounds.”

He then asked Zarif to explain the situation with Bob Levinson – an American that has been missing in Iran since 2007. Grenell retweeted a message that was posted to the Iranian foreign minister by Levison’s children: “It’s nice that you recognize how important it is to be able to see and speak with the ones you love. We are still waiting to see and talk to our father Bob Levinson, held by your country with no human rights.”

Levinson is the longest-held American hostage in American history.