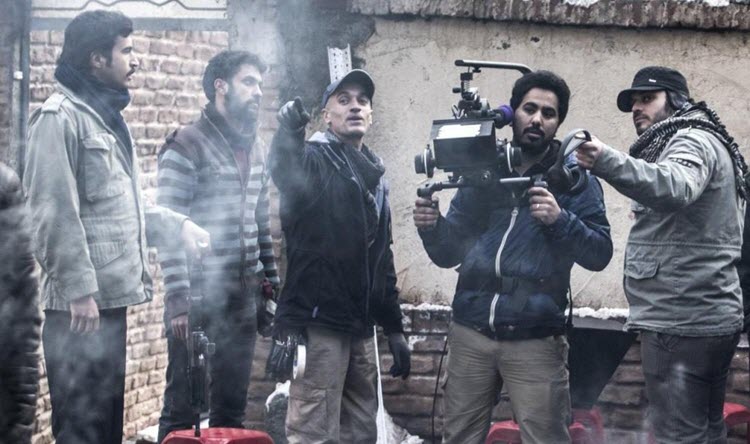 The recent movie, “Adventure of Nimrooz (Midday Adventure)”, made in collaboration with Iran’s Islamic Revolutionary Guards Corps (IRGC) and the Iranian regime’s Supreme Leader Ali Khamenei, was an attempt to humiliate the People’s Mujahedin Organization of Iran (PMOI/MEK) – the main Iranian opposition.

State-run news outlets have said that it was the Supreme Leader who pursued the production of the film and praised those who worked on what he described as a “well-made” movie.

Reports also indicate that the Supreme Leader wanted another film to be produced in an attempt to cover up crimes carried out by Assadollah Lajevardi, also known as the Evin executioner, Assadollah Lajevardi. He wanted to create a film that would misrepresent the truth about the crimes and he wanted false information to tell a different version of the story.

The film “Adventure of Nimrooz”, written and directed by directed by Mohammad Hossein Mahdavian and produced by Sayyed Mahmoud Razavi, is the story of the rise of the MEK. The aim of the film was to confront its popularity and to tarnish the reputation of the MEK so that young people stop joining it.

This is not the first time a film has been made by the Iranian regime with the intention of misrepresenting the MEK.

Mahdavian produced “Adventure of Nimrooz” under direct supervision and the backing of “OUJ Artistic and Media Organization”. The organization is part of the IRGC’s cultural department and was established two years after and as a result of the 2009 uprising. An investigation after the uprising found that around two thirds of the uprising was organised by the MEK and its followers and supporters.

The Supreme Leader decided that action needed to be taken to prevent similar issues in the future so set up specific departments to tackle the threat of the opposition. The young people of Iran hate the IRGC, so it set up “Artistic and Media Organization of Peak”.

The Iranian regime has executed huge numbers of dissidents, political prisoners and opposition members. It uses executions as a way of trying to control the people, but the people continue to voice and show their resistance. The people are not going to let themselves be oppressed.

Despite the Iranian regime’s moves against the Iranian Resistance, it is gaining strength and has supporters all over the world. At the annual “Free Iran” gathering in Paris earlier this month, the Resistance is continuing to gain ground and had many prominent political figures voicing their support for regime change in Iran.