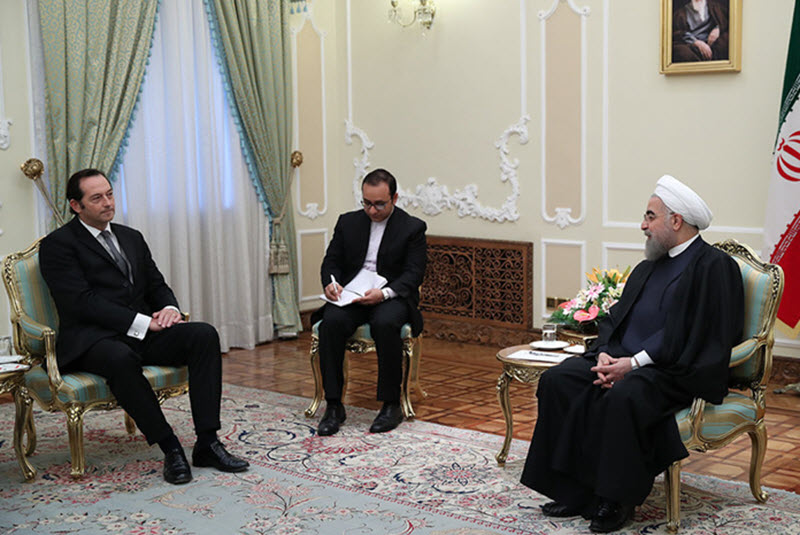 The Iran lobby supporters have been put in a difficult position by US President Trump’s comment that he’d be open to a meeting with Iranian regime leader Hassan Rouhani “anytime”.

A denouncement of the invitation reaffirms the belief that the regime is not interested in a meaningful dialogue on topics such as human rights, support for terrorism, or interfering in neighboring countries.

The Iran lobby says they want diplomatic opportunities between the U.S. and Iran. Now that the president presents an opportunity, the National Iranian American Council quickly denounced it.

If the regime accepts the president’s offer, they might find merely a show of diplomacy but nothing of substance, while the US continues to apply pressure. This prospect is ironic, when one considers the regime’s historic behavior.

President Trump’s offer is not really without preconditions. Rather, looming economic sanctions due to fall next week and mounting and pressure is increasing internally from the Iranian people.

“Unfortunately, right now there is no low-hanging fruit in U.S.-Iran relations or potential negotiations. And the primary reason is that Trump, by violating the Iran nuclear deal and withdrawing from it, he really eviscerated the Iranian trust in the United States,” said Sina Toossi, a research associate at the National Iranian American Council.

“He could potentially give that confidence to international banks and businesses, remove U.S. sanctions and allow Iran to get the benefits from the deal, and that could be used as a stepping stone for broader negotiations,” he added.

The Iran lobby’s problem is that Trump is a president who doesn’t care about appearances or how critics view him. He is intent on forcing regime change. The Iran lobby attempts to recover gains lost from the failed nuclear deal, instead of recognizing that there are no meaningful moves it can use on this president.

The regime and the Iran lobby have turned to Europe to persuade the European Union to stay in the nuclear agreement.

Rouhani met with the new British Ambassador to Tehran Tuesday where he announced, not for the first time, the US withdrawal from the multilateral nuclear deal in May was “illegal,” adding that “the ball is in Europe’s court,” according to CNN. But, the US president is already pressing the EU over the issue of bilateral trade tariffs that has Europe busy focusing on its own trade deals.

The regime is under pressure from the massive protests across the country that continue to be aimed directly at the regime’s top leaders. In fact, on Tuesday, hundreds of people rallied in cities across the country, including Isfahan, Karaj, Shiraz and Ahvaz, in protest against high inflation caused in part by the weak rial, according to Reuters. The protesters soon began calling for regime change in its entirety.