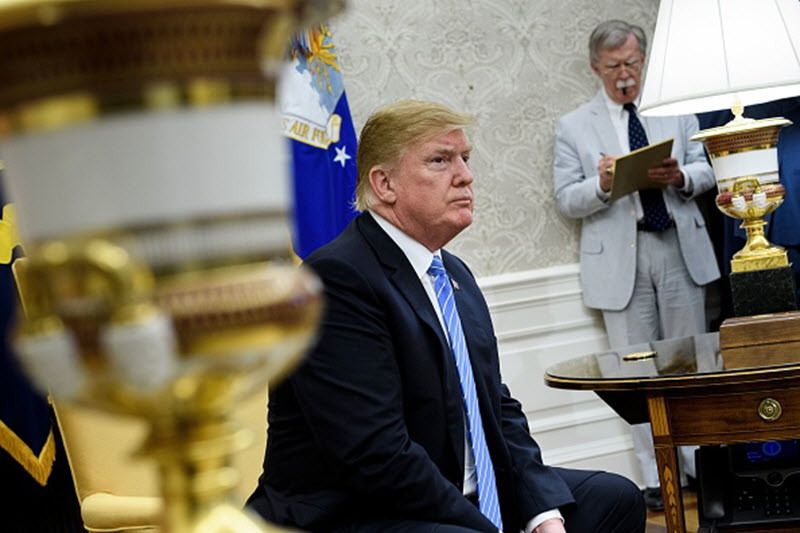 When U.S. President Donald Trump took office, he vowed to crack down on Iran to curb its belligerence and to thwart the threat that it poses across the Middle East and beyond. He has also stuck to his guns and refused to bow to international pressure to appease Iran, mostly from the European Union.

In the months and weeks leading up to the announcement that the United States would be exiting the nuclear deal, European leaders put immense pressure on Trump to remain within the deal’s framework citing that the world is a safer place with a nuclear deal in place and other such scare tactics. Trump refused to bow to the pressure and explained that the U.S. is not remaining part of a deal that basically achieves the opposite of what it is supposed to. He said that the deal all but guarantees that there will be a nuclear race and he slammed the Iranian regime for terrorising the region and its own people.

Trump was once again pressured by the EU, and by China and India, to loosen his sanctions on Iran oil exports. The administration announced a few months ago that it expects foreign countries to reduce their imports of Iranian oil to zero by November this year. At first, waivers were said to be off the table but it has relaxed a little with the U.S. State Department saying that countries would be dealt with on an individual basis.

Already, the Iranian oil exports have gone down by just over a third. This is much more than what was expected at this stage. There is still more than a month and a half before the sanctions come into effect. This is a win on this issue for Trump, especially as there is more to come. The Iranian economy has been put under the pressure that Trump was aiming for despite the opposition he faced from some powerful world leaders.

More than three-quarters of Iran’s tax revenue comes from oil. It has cause inflation to rise because the Rial, Iran’s official currency, has dived along with the oil exports.

The sanctions will formally come into effect on 4th November, but buyers in the European Union, and in India and Japan as well as other countries across Asia, have been hesitant and reluctant to buy Iranian oil. During the first half of this month, Iran sold approximately 1.6 million barrels per day. Back in April, it was averaging around 2.5 million barrels per day.

In April, experts and analysts in the field predicted that the sanctions would result in the loss of around 800,000 barrels per day and no more.

It seems that European countries will cut their imports of Iranian oil to zero in October despite them opposing the sanctions in the first place. However, they have not had much of a choice other than to comply unless they want to risk losing access to the U.S. financial system.

Although there have been some complications, the intended economic pressure on Iran has been a success for Trump.