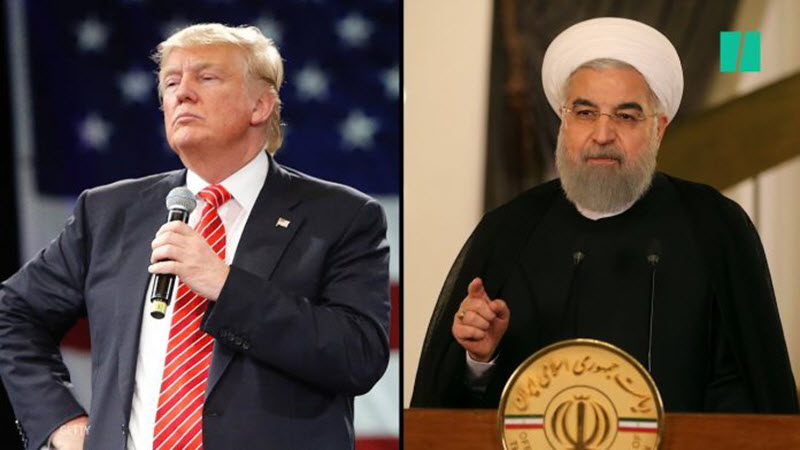 U.S. President Donald Trump has offered the Iranian President an opportunity to meet. Iran, however, has given signals that it is prepared to do anything but meet. Trump, and many others, say that the Iranian regime will soon be under so much pressure that it is left with no choice. Trump is insistent that a stronger nuclear deal than the current one is possible.

Commander of the Islamic Revolutionary Guard Corps (IRGC), Mohammad Ali Jafari, said: “The Iranian people will never allow their officials to meet and negotiate with the Great Satan, we are not North Korea.” Supreme Leader Ali Khamenei went further and said that he is banning talks with the United States.

Regarding the comment about North Korea, the main difference is that almost the whole international community wanted pressure on its nuclear program. Iran is currently being appeased by European officials. This is not enough to ease the pressure from elsewhere though.

Major multinational companies and banks have already pulled out of Iran. The European Union has taken steps to stop more pulling out but let’s face it, who wants to risk defying sanctions imposed by the United States? Also, the Iranian economy has been suffering, even since before the first batch of sanctions took effect last week. The national currency – the rial – has been losing value for months. The people of Iran are putting the regime under intense domestic pressure and there is no sign of the strikes and protests ending anytime soon.

Looking back to past events also indicates that Iran will eventually be drawn to the negotiating table. The Iranian regime makes bold statement that eventually seem to be forgotten, such as the first Supreme Leader’s vow to fight for Iraq until the very end. Yet, that ended in mid-1988 after Iran’s military and navy were targeted by the U.S. forces in the Gulf. Another bold statement was that it would never negotiate regarding its nuclear program when sanctions were in place. They came to the negotiating table with Obama when sanctions were toughened.

It is not going to be easy for the regime to engage in talks, especially after its tough talk and refusals. For this reason, the talks may happen via an intermediary and the perfect candidate would be Russia. Vladimir Putin would no doubt be keen to take up this position because it will be the perfect opportunity to discuss the future of Syria.

The U.S. administration has been very clear about what it wants from Iran. Secretary of State Mike Pompeo listed the 12 demands earlier in the year. Iran’s destabilization in the Middle East are addressed and Iran is obliged to put an end to its nuclear enrichment. The biggest concern, however, is that Trump – if presented with a plan via an intermediary – may decide that it is a good offer and accepts without each of the 12 points being strictly adhered to. The Iranian regime cannot be given another free pass.