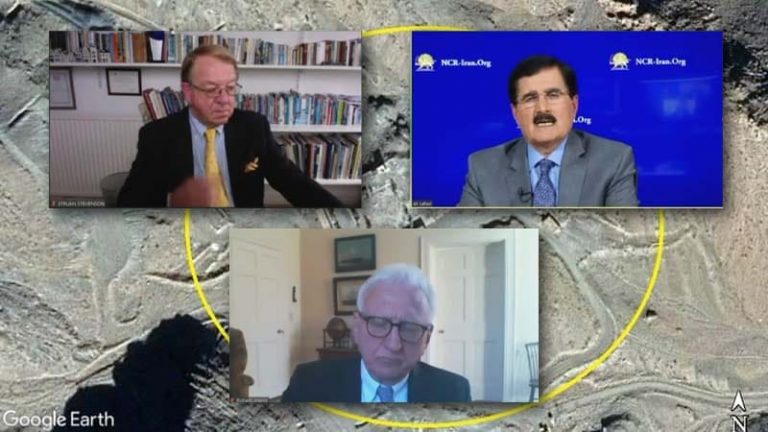 Britain, France, and Germany axed a US-backed plan for the International Atomic Energy Agency’s 35-nation Board of Governors to condemn Iran for failing to fully explain the presence of the particles three months ago; the three backed off as IAEA chief Rafael Grossi announced new talks with Iran.

The National Council of Resistance of Iran (NCRI), and the People’s Mujahedin of Iran (PMOI / MEK Iran), reported that “After many months, Iran has not provided the necessary explanation for the presence of the nuclear material particles at any of the three locations where the Agency has conducted complementary inspections,” according to a report from Grossi to member states.

Is now the time for the three European powers and their representative to decide whether to resume their campaign for a resolution condemning Iran, which might jeopardize wider talks in Vienna to resurrect the 2015 Iran nuclear deal. Grossi had wanted to update the board before the next meeting next week.

“The Director-General is concerned that the technical discussions between the Agency and Iran have not yielded the expected results,” the report read.

“The lack of progress in clarifying the Agency’s questions concerning the correctness and completeness of Iran’s safeguards declarations seriously affects the ability of the Agency to provide assurance of the peaceful nature of Iran’s nuclear program,” it added.

The organization also gave an indication of the risk posed to Iran’s enriched uranium production by an explosion and power outage at its Natanz complex last month, which Tehran blamed on Israel, in a separate quarterly report delivered to member states on Monday and reviewed by Reuters.

According to an IAEA estimate, Iran’s quarterly growth in enriched uranium stock was the smallest since August 2019, at just 273 kg, bringing the total to 3,241 kg. Because Iran’s cooperation has declined, it was unable to completely verify the supply.

That amount is far greater than the nuclear deal’s 202.8 kg limit, but it is still far less than Iran’s pre-deal stockpile of more than six tonnes.

The CIA confirmed on 24 May, that uranium hexafluoride feedstock was being fed to 20 cascades, or clusters, of different types of centrifuges at Iran’s primary enrichment complex, which is underground at Natanz. According to a senior diplomat, the figure was 35-37 before the explosion.

Iran began violating the nuclear deal’s restrictions on its nuclear operations in 2019 after President Donald Trump walked out of the agreement in 2018 and re-imposed harsh economic sanctions on Tehran.

Iran has continued to produce trial quantities of uranium metal, which is forbidden under the deal and has sparked protests from Western powers due to its possible use in the core of nuclear bombs. Iran produced 2.42 kilograms, up from 3.6 kilograms three months ago, according to the IAEA.