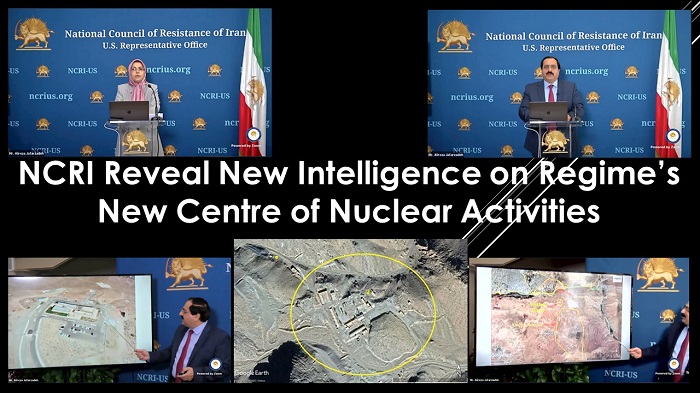 The National Council of Resistance of Iran (NCRI), and the People’s Mujahedin of Iran (PMOI / MEK Iran), reported that in recent years, the appeasing Europe strategy has stopped holding Iran accountable for all of its malign practices, in the hope that allowing Iran to be more permissive will lead to the clerical regime becoming more cooperative.

However, this hope was shattered when Tehran responded angrily to reports that the Trump administration would not automatically give in to Iranian ultimatums after inheriting the previous administration’s “maximum pressure” policy.

In remarks to the regime’s English-language propaganda outlet on Tuesday, an Iranian official reflected on that status. According to the network’s website, “a senior Iranian official tells Press TV that Tehran will stop its 20% uranium enrichment only if the US lifts ALL sanctions on Iran first.”

Previous comments from various officials, including the regime’s Supreme Leader Ali Khamenei, had already pointed at this.

However, according to the Press TV report, the regime isn’t even contemplating limiting its uranium enrichment to a lower level, even if it’s still above the 3.67 percent fissile purity cap approved under the Joint Comprehensive Plan of Action, or JCPOA.

As a result, the regime has essentially closed off all options for the West other than abandoning the nuclear agreement and starting over.

In reality, Tehran’s pledge to 20 percent enrichment emphasizes the impossibility of such reciprocation. Even some vocal opponents of the JCPOA were disturbed at how rapidly Iranian nuclear facilities returned to the rate of operation before the JCPOA negotiations began.

The deal was portrayed to analysts as a way to deter Iran from achieving nuclear “breakout” for at least a year, even though it would not completely eradicate the regime’s nuclear weapons capabilities.

The accelerated increase of Iran’s uranium stockpiles and enrichment levels, according to many analysts, was strong evidence that the regime had never enforced the agreed-upon restrictions in the first place.

This was expressly stated later in 2019 by none other than Ali Akbar Salehi, the leader of the Iranian regime’s Atomic Energy Organization. He said of Western signatories to the JCPOA, “But we had a countermeasure, and while we proceeded with the case, they didn’t achieve what they planned for, and we did not become trapped in the enrichment deadlock.”

The regime never complied with JCPOA

Such deception is unsurprising to those who have opposed the JCPOA from the beginning. Instead, they see them as a continuation of a policy that started several years ago, when Hassan Rouhani, the current Iranian president, was the country’s chief nuclear negotiator.

In the years after, he boasted to fellow regime officials about how the regime kept a “calm atmosphere” in talks with Europe and the US, allowing Iran to secretly progress its nuclear program while paying lip service to a modestly restrictive deal.

Iran’s economy is on the verge of crashing, and the government has been struck by severe turmoil over the past three years. In such situations, all the US and its allies have to do is enable the regime to further endanger its own chances of survival by refusing to consider anything less than the surrender of its opponents.