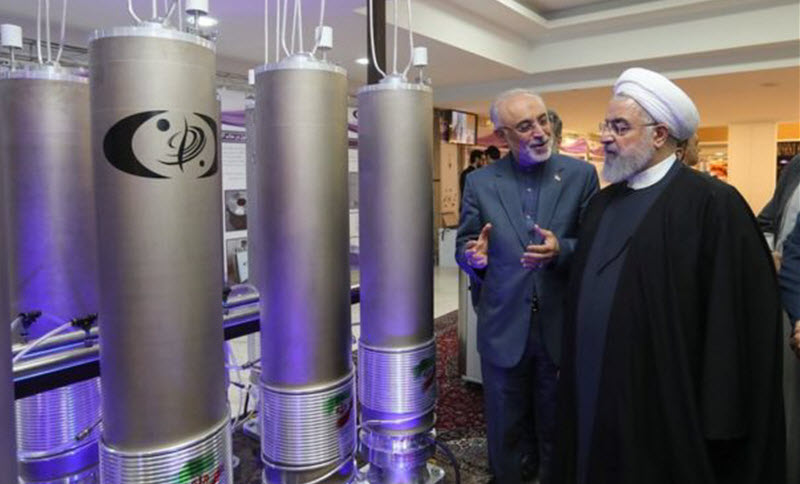 The National Council of Resistance of Iran (NCRI), and the People’s Mujahedin of Iran (PMOI / MEK Iran), reported that the Iranian officials claimed that they could resume prior nuclear developments only months after the US withdrew from the Iran nuclear agreement, officially known as the 2015 Joint Comprehensive Plan of Action or JCPOA and then did so in 2019. With uranium enrichment now up to 63 percent purity, the sole intention is being used for nuclear weapons.

The accelerated increase of Iran’s uranium stockpiles and enrichment levels, according to many analysts, was strong evidence that the regime had never enforced the agreed-upon restrictions in the first place.

This is a direct attempt to blackmail Western signatories into lifting sanctions, even warning that if sanctions aren’t lifted, Iran will continue its nuclear advances, despite Intelligence Minister Mahmoud Alavi dismissing any liability on Iran’s part in February.

Those who have been ignoring numerous Tehran opponents who have warned of the mullahs’ nuclear aspirations for more than two decades, should be a wake-up call that Iran will still seek nuclear weapons if given the chance.

As the head of Iran’s Atomic Energy Organization admitted last year and European intelligence agencies confirmed, the JCPOA gave Iran resources to secretly continue their program, with the International Atomic Energy Agency not being given sufficient access to inspect sites, allowing the regime to breach the agreement.

Despite this, European policymakers continue to defend the agreement and attempt to persuade the United States to re-join it.

“What those policymakers must understand is that that status quo includes all of the threats and accounts of deception,” the Iranian Resistance, The National Council of Resistance of Iran (NCRI), and the People’s Mujahedin of Iran (PMOI / MEK Iran) reported.

By merely returning to the JCPOA in its current form, the signatories are implying to the Iranian regime that it will face no repercussions for its previous non-compliance.

As a result, the regime will have tacit approval to restart its illicit conduct, which seems to be aimed at preparing the ground for a nuclear breakout once the agreement expires.”

These policymakers may believe they can intervene to stop Iran’s nefarious actions, but once Iran has access to their frozen assets and global markets, they will undoubtedly be able to sneak nuclear weapons enrichment, acquisition, and growth through the loopholes.

“The 2015 agreement was insufficient to prevent Iran from attempting to shorten its nuclear breakout period,” the Iranian Resistance wrote.

Today, the same policymakers should be even more persuaded that unless they change their approach to this issue, Iran’s nefarious activities would only intensify.”