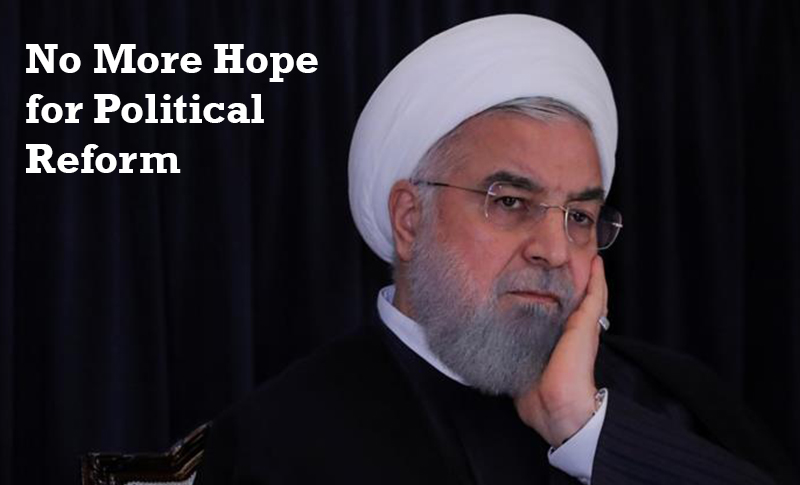 Iran has witnessed a widespread protest movement since Friday November 15, 2019. Protests that began with fuel price hike which immediately turned into a massive protest that no longer had the color and smell of gasoline and took a completely anti-regime form.

Since then, there has been a brutal crackdown by security forces that has left 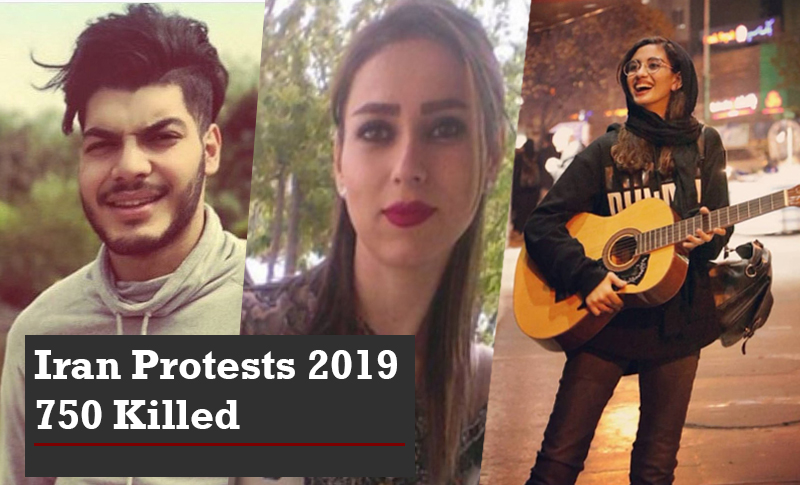 Almost all the regime’s officials kept saying that the protests are the right of the people, but none said how the people should raise their voice. The more fundamental question is whether the regime in the past few decades, has even recognized one case? It is good to inquire into how many official permissions the Ministry of Interior has issued to the people for street protests.

Former Iranian regime’s President Mohammad Khatami who travel ban and the TV-appearance ban mentioned some points about the recent protests among his political supporters recently that is worth noting. Very tricky he tried to present a neutral face.

“Many protesters did not commit violence, but it cannot be denied that there were destruction and attempts to divert the protests into chaos and were well organized,” he said.

He added, “in the meantime, there are also some that have delusions of overthrowing (the regime) who are just as hostile against the reformist as against the Islamic Republic and this makes it easy for us to separate the borders.”
Khatami’s remarks at the top of the dead reformist movement are more than ever indicative of his fear of popular protests.

The National Council of Resistance of Iran (NCRI) and the People’s Mojahedin Organization of Iran (PMOI/MEK) played a guiding role in recent nationwide protests. Of course, no illusions have remained for the Iranian people over the past 40 years that the Iranian regime cannot be reformed. In December 2017 protests, slogans against reformists were chanted. In the recent protests, however, the issue went beyond just chanting slogans and targeted the entire regime. The deceitful Khatami fears the depths of these slogans that have been put into practice.

However, when it comes to the maintains of the regime, the reformists are the immediate supporter of the absolute clerical rule system. The repression of the people in the protests has a long history, especially during Khatami’s presidency.

Some senior officials and senior military commanders of the regime have used terms such as the “Security War”, “World War” and “Operation Karbala Four(Iran-Iraq war)” to describe recent protests! The question now is, if the Islamic Republic had been in a world and security war with “Global arrogance”, why were the soldiers of this war all Iranian, and today we are facing only the bodies of martyrs who were born not only in this country but all lived in Iran? And why isn’t there even one American, Israeli, and Saudi soldier among those killed and detained?

Finally, Iranian people took distance from political currents at every stage of the protests, and at the moment neither the reformist or its personalities nor the extremists matter to them.

The protesters have targeted the top of leaders of the regime, it was clear that their slogans were aimed at the entire regime.

This process is the result of many bloods and sacrifices that is the result of burial of deceitful reformism. There can be no doubt that the Iranian people’s resistance will eventually lead to victory. A well-organized and credible alternative like the NCRI and its president-elect Maryam Rajavi with a history of nearly 40 years would be the best option to guide the transition of democracy to Iran.